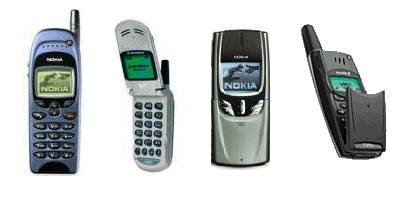 Some of the GSM phones available at Telestial.com
Photo courtesy Telestial

If you've read How Cell Phones Work, then you know that there are a variety of cell phone technologies in the world. In the United States, for example, there are CDMA, TDMA, and iDEN, among others. Different wireless service providers, in different countries, use different technologies for their customers.

One problem with having so many cell phone technologies in use is getting your phone to work when you travel. Different countries use different systems, so there's a chance your phone won't function at all once you leave home. In the early '90s, Conference of European Posts and Telegraphs (CEPT) launched GSM as an international standard to solve this problem. Originally this stood for Groupe Spécial Mobile but now its referred to as Global System for Mobile communications.

GSM is a digital system, with a number of useful features, including:

In most of Europe, Asia and Africa, service providers use the GSM system, operating in the 900MHz and 1800MHz bands. This means you can use the same GSM cell phone as you travel from country to country in these areas. Unfortunately, GSM in the United States and Canada operates in the 1900MHz band, so your GSM phone may not work when you travel abroad. If you live in North America but regularly travel to Europe, Asia or Africa, this can be extremely frustrating. Some U.S. cell phone models do support this system, but you'll probably end up paying hefty roaming charges. And if your phone doesn't support GSM 900MHz and 1800MHz, and you have to get a separate cell phone in the country you're travelling to, you'll have to deal with the foreign provider. This means paying bills and making service calls to other countries! If you've ever tried this, you know it can be expensive and extremely confusing.

Telestial, a small company based in San Diego, was founded to offer U.S. and Canadian travelers an easier, less expensive option. Ken Grunski, the company's founder, was inspired by his own frustration with the hassle and expense of buying wireless service while traveling in Asia. The company's main goal is to make it very simple for travelers to get the technology and service they need before they leave on a trip. Then they have one less thing to worry about while they're abroad.

Telestial sells GSM cell phones that work in countries in Europe and Asia, as well as phones that will work both in these countries and in the United States and Canada. The company also sells prepaid cell phone service packages for countries in Europe and Asia. This includes a subscriber identification module (SIM) card, the crucial component that identifies your phone to the service network. The SIM card also stores your phone number and your security codes. To make everything as easy as possible, Telestial sells the phones and services online, at Telestial.com.

The service is prepaid, which has a number of advantages. The main benefits are:

Prepaid international wireless service is also a good alternative to calls from hotels and pay phones. Finding the right change for a phone in a foreign city can be extremely stressful, and prepaid phone cards don't work in every type of pay phone. Depending on your hotel, you may get a good deal or you may have to pay hefty surcharges. Prepaid wireless service is often cheaper than a credit card call from your hotel room.

Even if you do have a cell phone that works outside of the United States, you might consider prepaid wireless service. For most calls, the service is a lot less expensive: If people back home call you, it doesn't cost a thing on your end, and local calls are generally charged at the local rate, which is definitely cheaper.