by Carrie Tatro Jul 25, 2018
The image of a long-dead man peers out from a daguerreotype plate (right) after the tarnish (left) is removed with synchrotron X-rays. National Gallery of Canada/Western University/Madalena Kozachuk

The very first photographic images and the technique that created them were formally introduced to the world on Aug. 19, 1839, in a scientific lecture to a breathless, jam-packed audience at the Institut de France in Paris. Details of the technique revealed that a silver-coated copper plate cleaned with nitric acid was iodized, exposed in a camera and an invisible, latent image was then revealed by exposure to heated mercury vapor. Pretty cool, huh?

Eponymously dubbed the daguerreotype after its inventor, the French artist and illusionist, Louis Daguerre, these seemingly magical and amazingly precise images marked the beginning of photography and the first "true" or exact visual portrayals of history. The French government released Daguerre's process into the public domain and within months the daguerreotype became a worldwide sensation. Between 1839 and the late 1850s (when the technology advanced to paper negatives, then glass plates and other mediums), millions of images were captured as daguerreotypes.

Over time (like 179 years already) daguerreotypes are prone to tarnish. Other chemical reactions result in black spots and fogging (a white and blue-tinted haze) that can cause the image to deteriorate from beyond recognition to no longer visible, or completely obscured. But luckily, there's more to this picture than meets the eye: Science to the rescue!

An interdisciplinary team of researchers from Canada's University of Western Ontario, the Photography Institute at the National Gallery of Canada and the Canadian Light Source (CLS), using facilities at the Cornell High Energy Synchrotron Source (CHESS) conducted a detailed analysis of the chemical changes that degrade and potentially destroy daguerreotypes. Their study, published June 22, 2018, in Scientific Reports, reveals that by looking at the mercury content of individual daguerreotypes, researchers can retrieve some images in great detail.

What they found was that in some cases, even the images on severely tarnished daguerreotypes can be recovered. Using scanning X-ray fluorescence (XRF) to determine the elemental makeup of the daguerreotype surface, the team discovered that the mercury distribution alone, as retrieved by scanning XRF, closely reproduces the original image and isn't affected by certain kinds of degradation tarnishing. Because mercury is the major element that comprises the images, even though the surface of the daguerreotype is tarnished, the image particles remain intact.

The XRF method is noninvasive and doesn't touch the fragile surface of the daguerreotype or alter it in any way. That's great news for museum curators, conservationists, scholars and historians who seek to preserve the world's earliest photographic cultural artifacts.

And it's a fly in the face of immortality for the 19th-century mercurial ghosts who lie latent on tarnished, silver-coated copper plates, waiting to be unforgotten.

NOW THAT'S INTERESTING
Seventeen years before Louis Daguerre honed the technique of daguerreotype photography, he invented the diorama, a moving spectacle that featured two colossal paintings lit from the front and through the back inside an otherwise completely dark revolving auditorium. In contrast to the stored image of a photograph, the diorama was an "illusion" that was experienced in real time "to represent the effects of nature."

Do We Need a Category 6 for Hurricanes? 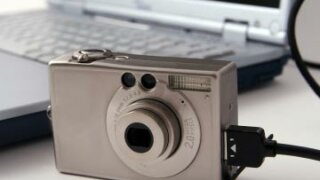 Are online photography courses worth it? 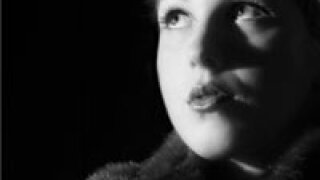 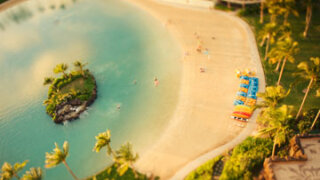 What's the Difference Between Quarantine and Isolation?
February 25, 2020