If you were a superhero, what would your superpower be? Would you want to fly or be invisible? Or, perhaps, you'd rather have the power to read minds? Wouldn't that be cool?

Reading minds is not as far-fetched as you might think. In fact, researchers at the Massachusetts Institute of Technology have developed a wearable device that can actually verbalize a person's thoughts and allow them to talk to a computer — without anyone else hearing.

The device, dubbed AlterEgo, allows a person to control a computer and ask it questions without ever uttering one word. When the individual wearing the device thinks of a word or a phrase but does not speak it, AlterEgo picks up the neuromuscular signals in that person's jaw and face. AlterEgo transmits those signals to a computer, which is programed to associate them with specific words.

Researchers describe AlterEgo as an "intelligence-augmentation" device, or IA for short. A person slips the mechanism over their ear and jaw, similar to a headset that performers wear on stage. Inside the device are four electrodes that touch the person's skin. Those electronic devices are so sensitive that they pick up the subtle neuromuscular signals created when a person internally verbalizes words or phrases, a concept known as subvocalization. The device then sends those signals to a computer, which responds by sending a message back to the device.

AlterEgo is equipped with a vibrating bone-conduction speaker that rattles the bones of the person's face to the inner ear allowing that person to hear the computer's response. For example, if you're walking down the street and want to know the time, all you have to do is ask in your head and the computer will respond. AlterEgo can also help a person play chess and perform other simple tasks.

The device is fairly accurate. In a 10-person trial, AlterEgo had a 92 percent transcription accuracy. Researchers say that number will increase over time. "Our idea was: Could we have a computing platform that's more internal, that melds human and machine in some ways and that feels like an internal extension of our own cognition?" Arnav Kapur, a graduate student at the MIT Media Lab told a writer for MIT News.

So what effect could this have on communication? AlterEgo can change the way humans interact with computers, allowing us to silently connect with AI assistants such as Amazon's Alexa, Google's Assistant or Apple's Siri without anyone knowing. If a person is having a conversation and wants to look up a bit of information, they don't have to take out their digital device; instead they can just think of the query. AlterEgo will answer without interrupting the conversation. The device can also help people communicate with their voice in noisy situations, such as on a factory floor or on the deck of an aircraft carrier.

Now That's Interesting
Every time you think of a word, phrase or are even reading a book, the process of subvocalization is at work. That means your brain is sending signals to the muscles of your face and throat that will ultimately shape words for you to speak.

How Comic-Con Came to Rule the Pop Culture World 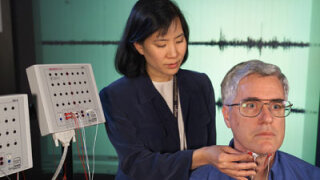 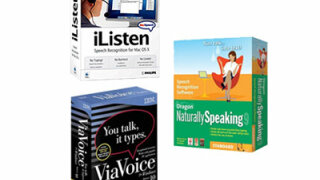 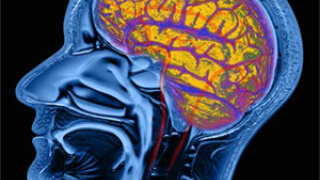 What is the extrasensory brain?