by Chris Pollette
Prev NEXT
7 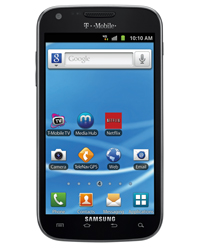 The Galaxy S II was a hot seller for Samsung in 2011, and it drew enough attention to warrant its addition to a patent-infringement suit from Apple.
Courtesy T-Mobile

Followers of phones using the Android operating system know that manufacturers seem to release new products constantly. Once the buzz cranks up about one phone, another comes out and steals its thunder. One of the most talked-about phones in 2011 was Samsung's Galaxy S II. With a dual-core processor and Corning Gorilla Glass protecting the sharp Super AMOLED (active-matrix organic light-emitting diode) Plus screen, the device has features that set it apart from many other phones released at around the same time. In fact, at the end of 2011, the phone still commanded a premium price over many other smartphones in the United States, even after factoring in the contract required by many carriers.

The Galaxy S II drew the attention of Apple, which has been suing many competing smartphone manufacturers for alleged patent infringements. Apple managed to block the sale of Galaxy II S and other Samsung products in Australia, at least temporarily -- the ban lifted in November 2011 [source: Los Angeles Times]. Samsung didn't exactly shy away from the attention. Just days before Apple launched its iPhone 4S in Australia, the first 10 customers to visit Samsung's pop-up store for a limited time could get a Galaxy S II for only $2 [source: Paul].

On the next page, we return to the tablet wars. Only in 2011, this product saw an unlikely surge in popularity -- but only after it was discontinued.