How could a laser pointer take down a plane? 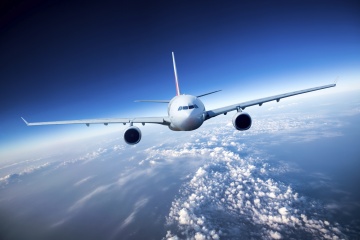 A laser pointer beamed at a plane's cockpit could have serious consequences.
cookelma/iStock/Thinkstock

It may sound like the stuff of urban legends, but it's true: The same laser pointer you've used in business presentations or to entertain your cat for hours on end could actually take down a plane. How can this be?

According to the U.S. Federal Bureau of Investigation, the beam of light from a handheld laser pointer aimed at an aircraft from the ground can travel more than a mile [source: FBI]. Pilots who have experienced laser attacks from the cockpit compare the experience to having a camera flash go off in a pitch black car at night [source: FBI].

Typical laser pointers like the kind used by amateur astronomers to point out constellations or by college professors during a lecture have an output of around 5 milliwatts, which hardly sounds like enough power to bring down a plane. But unlike an incandescent bulb designed to illuminate a large space, the light from a laser pointer is concentrated into a narrow beam that spreads out very slowly.

The Federal Aviation Administration found that a standard 5-milliwatt green laser pointer is capable of causing retinal burns at distances of up to 50 feet (15 meters) and flash blindness from nearly a quarter mile (350 meters) away. At 2 miles (3 kilometers), a 5-milliwatt laser pointer was able to interfere with a pilot's vision enough to cause an aborted landing [source: Fienberg].

As of late 2013, no airplane accident has been attributed to a laser pointer, but the potential for harm is real nonetheless [source: The Economist]. Because laser flashes are most likely to occur during takeoff and landing when an aircraft is closest to the ground, even a minor distraction can be a hazard. Pilots in several laser strike incidents have suffered temporary blindness, and, in a few extreme cases, pilots have been hospitalized with retinal burns [sources: Cortez, Hartmann, Koerner].

In the United States, it is a felony to knowingly point the beam of a laser at an aircraft, and convicted offenders can expect to receive jail time. Since 2005, the FBI has worked with the FAA to track laser strikes, offering rewards of up to $10,000 for information leading to the arrest of anyone who intentionally aims a laser at an aircraft [source: FBI].