by Chris Pollette
Prev NEXT
4 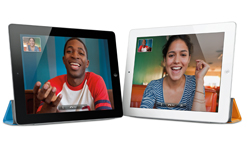 Although tablet computers had been out many years prior to the release of Apple's iPad in April 2010, they seemed to be popular with medical professionals and others who wanted a portable computer with handwriting recognition. And portable computers they were, too -- most were laptops with screens that could be pivoted and closed so that the screen faced outward. The device former Apple CEO Steve Jobs showed off was lighter and used a variation of the same operating system as the popular iPhone.

The tech press and the public were both uncertain of the iPad's success at first, but the public and the competition soon took notice. Many wondered what tablets from BlackBerry and devices running the Android operating system would look like. But then something odd happened -- Apple one-upped itself by launching the iPad 2 in early 2011, before most of the competition had the opportunity to get their tablets to market.

Android powers our next gadget -- read on to see which one.