by Chris Pollette
Prev NEXT
8 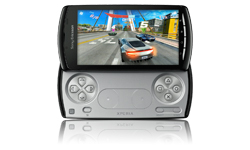 Portable gaming has certainly come a long way since the single-game, red-LED-lit handheld games of the 1980s. Today's devices display thousands of colors and allow interaction by touchscreens. But pure gaming consoles face stiff competition from smartphones, many of which offer a vast selection of apps for gamers on the go.

In 2011, Sony Ericsson delivered on the long-expected hope that the creator of the PlayStation series of home gaming consoles and the PlayStation Portable devices would release a PlayStation phone. The Xperia Play is an Android-powered device is the first PlayStation-certified phone. A slide-out tray gives gamers a set of dedicated gaming controls. The Xperia Play comes with several games on board, including PlayStation classic "Crash Bandicoot." Reviewers generally liked the phone, and Sony Ericsson Head of Market Development Dominic Neil-Dwyer said the phone's sales are meeting the company's hopes [source: Yin-Poole].

Smartphone users chose Android phones such as the Xperia Play more often than phones running other operating systems in 2011. On the next page, we'll look at another device running Google's operating system that stirred up some headlines.