by Gerlinda Grimes
NEXT PAGE 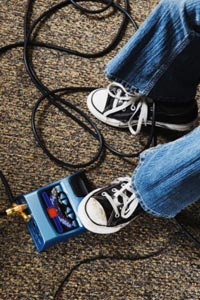 An array of pedals can turn the clean and sometimes thin sound of an electric guitar into something wild and distorted.
Jupiterimages/Brand X Pictures/Thinkstock

Think "guitar god," and a particular image of Jimi Hendrix springs to mind: Hendrix kneeling, shamanlike, before his Fender Stratocaster, his hands seeming to coax flames from the instrument. Captured by photographer Jim Marshall at the 1967 Monterey Pop Festival, this image is burned into the collective consciousness of American rock culture in the same way that Hendrix's signature sound still echoes through the years. His defiant rendition of the "Star Spangled Banner" isn't quite a technical masterpiece -- one could almost play the melody with a single finger. What elevates the song is its sound. To get that dissonant wailing, Hendrix uses two effects: an Arbiter Fuzz Face and the Vox Wah-Wah [source: Trynka].

Almost since the birth of amplified guitars in the early 1930s, players looked for ways to enhance the sound of their electric guitars. A huge variety of guitar effects have emerged from their experiments. These include rack-mounted effects, effects built into amplifiers, and pedal effects. While rack-mounted and built-in effects are separate topics, this article focuses on stomp boxes, which are foot-switchable pedal effects designed for use during live performance.

Some guitarists design or modify their own pedals. Others use a combination of off-the-shelf effects. Kurt Cobain stomped on Electro-Harmonix Big Muff and ProCo Rat pedals to create his classic loud-soft-loud, "Nevermind"-era sounds. John Mayer kicked off his 2003 hit, "Bigger Than My Body," with see-sawing, arpeggiated sounds from his Roger Linn AdrenaLinn III pedal. There are hundreds, if not thousands, of different stomp boxes. Although there's a certain amount of gray area and overlap, pedal effects can all be divided into four general categories:

Before diving more deeply into each category, let's take a quick look at the history of guitar effects. 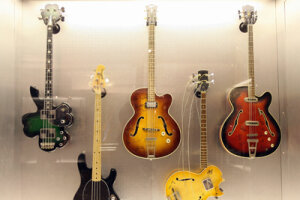 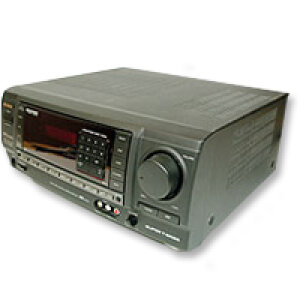 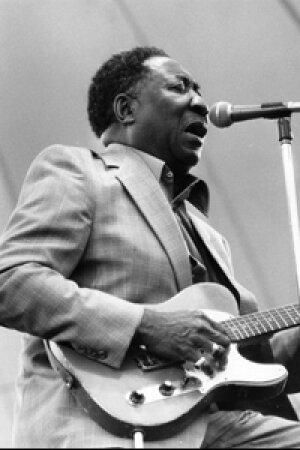 How to Play 4 Guitar Licks