Video games have come of age as an entertainment medium and the technology continues to mature. Learn about how your favorite video game consoles work, and see what's on the gaming horizon. 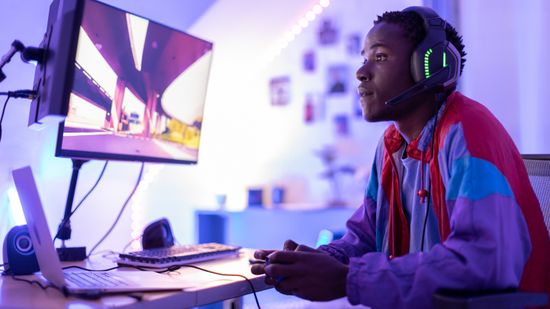 15 Video Games That Took Way Too Long To Make 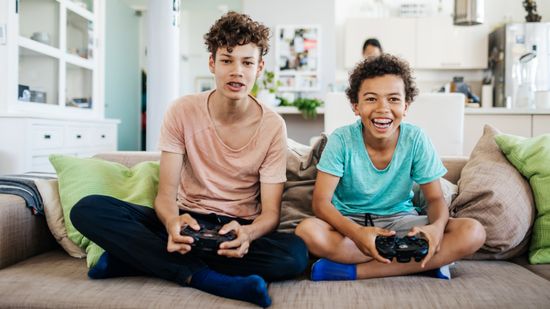 14 Hidden Video Game Design Tricks That Will Blow Your Mind

Think You Own That Online Video Game You Bought? Think Again

Run, Jump & Climb Your Way Through Our Roblox Quiz

Can You Survive Our Minecraft Quiz?

A study suggests surgeons who play video games might have finer surgical skills than those who never play. So should med school students throw down the anatomy book and grab a joystick?

Entertainment media has always made a great scapegoat for bad behavior and violence. But is it legitimate? Do violent video games really lead to real-life violence?

For serious gamers, there's nothing worse than finding out an eagerly anticipated video game has been scrapped. Is your favorite game that never was on our list?

World of Warcraft uses simple concepts to build a complex game system. The game itself teaches people how to play, and there are lots of resources, both inside the game and out, for finding answers to questions.

MMORPGs, or massively multiplayer online games, allow many people to compete in an online environment. In this article, we'll look at what it takes to create an immersive virtual world that allows people to move around and play within it.

The U.S. military has spent millions of dollars and thousands of man-hours on ... a video game. "America's Army" has people hooked. It's free and it has amazing features. So why are people getting so worked up about it?

The next chapter in the Halo saga greeted millions of eager gamers around the world with promises of new features and a much-anticipated close to the storyline, the heart of the Halo series. Does it live up to the hype?

Sony has managed to generate a respectable amount of buzz for its new virtual world, a program the company calls "Home." But can it take on "Second Life"?

A software company called Novamente has announced plans to release artificial intelligences into virtual worlds like the ultra-popular "Second Life." Why?

Nintendo dramatically changed the interface for video games with the Nintendo Wii. Learn what sets the Wii apart from other next-generation consoles.

For the Xbox 360, Microsoft rebuilt the system and console from the ground up. From the name to the look to hardware and features, the Xbox 360 is a radically different and more powerful machine than its predecessor.

Playstation 3 owners can donate their consoles' processing power to scientific research. What is this research focused on achieving? Find out the answer to that question in this article.

Read our review of this science-fiction shooter game developed by 2K Games, Venom Games and Human Head Studios for the Xbox 360.

Return to the world of Tom Clancy's Splinter Cell series with Splinter Cell: Double Agent, a multi-platform action shooter game. This time, Sam faces his biggest challenge yet, and you'll face many new challenges, too, as you learn the art of being a double agent.

With built-in surround-sound speakers, amps and subwoofers, media chairs just might be the next big thing in home theater and gaming systems. What makes a chair a media chair?

Combining people's love for taking care of fictional critters with the enjoyment of puzzle games, Neopets is a hit. Peek behind the scenes at the creators and owners of Neopets and explore the controversies that surround the site.

The Xbox Live network gives players the opportunity to connect with thousands of other gaming enthusiasts online. What do users get out of the experience?

The Gizmondo is a handheld gaming console -- but it's also an MP3 player, a camera, a movie player, and a GPS reciever. Learn what else the Gizmondo can do and what sets it apart from other portable gaming units.

With sales topping $7 billion last year the focus on game ratings will only intensify. Find out how the Entertainment Software Ratings Board (ESRB) rates games how the ratings are enforced and how ratings affect game sales.

The Pistol, the Battle Rifle -- the debate raged among Halo fans as to which gun is best. HowStuffWorks gets to the bottom of this question by going straight to the source.

The PS3 boasts an incredible microprocessor, a brand-new graphics processor and what may be some of the most phenomenal on-screen images ever. Learn all about PlayStation 3 and check out the new controller.

Boats, flamethrowers, proximity mines and more -- we spent some long nights compiling the perfect wish list of things we'd like to see in "Halo 3."

Getting Halo 2 ready for play on X-Box Live was no easy task. Read what it akes to get all of these X-boxes to play together nicely in an interview with Bungie's Chris Butcher.

Are you tired of getting whipped by the Covenant? Learn how they think from the man who created the artificial intelligence for "Halo 2." In this exclusive HowStuffWorks interview, Chris Butcher of Bungie Studios enlightens us.