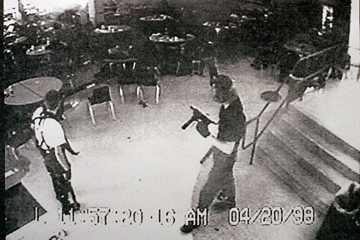 On April 20, 1999, two seniors walked into their Colorado high school carrying assault rifles, and they opened fire. They shot dozens of people, killing 12 students and one teacher, and the nation was floored. School shootings had happened before, but this was a new scope of carnage, and in the ensuing search for answers it came out the shooters had spent a lot of time playing violent video games [source: Ward].

Since then, in the wake of each new, senseless massacre, the entertainment proclivities of the shooters are one of the first things reported by the press. The 20-year-old who killed 20 first-graders and six educators at Sandy Hook Elementary in Connecticut in 2012 played violent video games. So did the 24-year-old who shot dozens of people in an Aurora, Colo., movie theater that same year [source: Jaccarino].

Perhaps that reporting is for good reason: An estimated 97 percent of America's young people are playing video games, with many of the most popular ones featuring violent content [sources: Markey, NPD]. And by a 2008 estimate, they're playing them for an average of 13.2 hours per week [source:Gentile]. On top of the obvious generation-gap questions (what happened to riding bikes around the neighborhood?), we now face more ominous ones. What appears to some to be a connection between violent game play and actual violence has many wondering about the effects of immersive violence on young minds.

Video games as we now know them have really only existed since the mid-1970s, so there's nowhere near the amount of empirical evidence for or against their violent effects than there is surrounding, say, television violence (and even those effects remain a source of controversy). But the rise in dramatically violent shootings by teenaged gamers is bolstering the side of the argument that says video game violence translates in some way to the real world. 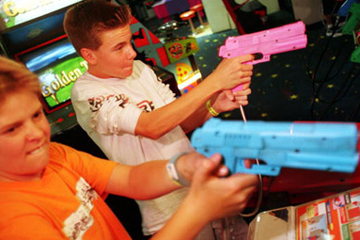 Video Violence: Evidence of a Link

Entertainment media have always made good scapegoats for negative behaviors among young people. In the 1950s, lots of people blamed comic books for kids acting badly [source: CBS News]. In the 1960s, rock 'n' roll made kids do drugs [source: Paul]. In the '80s, heavy-metal music was causing teens to commit suicide [source: Tewksbury]. The 1999 Columbine massacre, with its unprecedented number of victims, might have ushered in the official age of "blame the video games."

There is some evidence to support a relationship between playing violent video games and behaving violently. A 2000 study published in the Journal of Personality and Social Psychology had college students play video games and then engage in a competition that ended with the winner punishing the loser with a loud audio blast. The students who had played a violent video game punished their opponents for longer than the students who played a nonviolent game [source: American Psychological Association].

A meta-analysis reported in the journal Psychological Science in 2001 noted several common conclusions among previous video-game studies, notably reports of a "fight or flight" response in children playing video games. Their heart rates and blood pressures increased, and their adrenal glands released adrenaline. Real-life violence triggers the same physiological responses. The analysis concluded that the studies "clearly support the hypothesis that exposure to violent video games poses a public-health threat to children and youths."

Other physical links were revealed in a 2006 study at the Indiana University School of Medicine, this time regarding brain activity. Researchers looked at the brains of 44 kids immediately after they played video games. Half of them played a nonviolent game, and half played a violent game. The brain scans of the violent-game group showed increased activity in the amygdala, which stimulates emotions, and decreased activity in the prefrontal lobe, which regulates inhibition, self-control and concentration. These increases didn't show up on the scans of the nonviolent-game group.

Whatever the factors, the evidence for some kind of connection is compelling. Today's "school shooters" certainly do seem to share a love of violent video games. But, as Villanova University psychology professor Patrick Markey explained in U.S. News & World Report in April 2013, 97 percent of adolescents play video games. "It could similarly be argued that bread consumption predicts school shootings, because most school shooters likely consumed a bread product within 24 hours before their violent attacks."

After the 1999 shootings at Columbine High School, the wife of a murdered teacher sued publishers of violent video games known to be in the perpetrators' collections. The judge threw the lawsuit out, deciding the games' content did not rise to level of "incitement of violence" (an exception to the right of free speech) because the publishers could not have anticipated what happened at the school. The First Amendment, then, protects the companies' right to distribute games, regardless of content [source: Ward]. 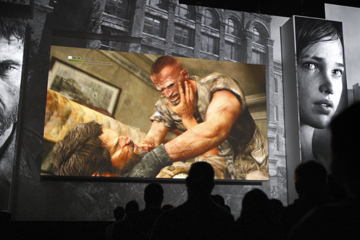 How Sphero Works
World of Warcraft: A Beginner's Guide
Halo 2 and the Art of Storytelling