by Rick Mayda
NEXT PAGE 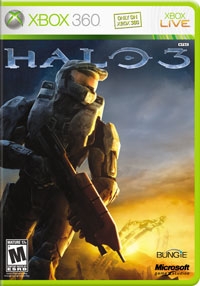 Halo 3 arrived with a bang. More than 1.7 million copies were preordered in the United States, which gave Halo 3 the record for the highest preselling game in history. Halo 3 set a U.S. sales record for the most money earned in the first 24 hours after release with $170 million, beating out its predecessor, Halo 2, which held the previous record at $125 million.

The next chapter in the Halo saga greeted millions of eager gamers around the world with promises of new features and a much-anticipated close to the storyline, the heart of the Halo series. It's laid out through game play and a series of cinematic-cut scenes. Halo 3 picks up right where the previous title left off, with Master Chief battling the Covenant and the Flood on Earth.

Halo 3 game play builds off the same first-person formula of the previous titles, and this is one of the reasons why the Halo franchise is so popular. The game play is largely the same as the first two games in the series. However, new options bring a new level of excitement to the game.

One of those new options is a co-op mode that lets up to four players work together through the campaign. Halo 3 also has a new Saved Films feature. Think of it as a sort of instant replay of multiplayer or campaign games. Saved Films allows you to save game data, which you then can replay at a later time. You can view the film from almost any camera angle, in slow motion or in reverse. Halo 3 allows you to show the film to your online friends with the new File Share feature. This is basically an online storage system for a wide range of files, such as your Saved Films or multiplayer game types.

In the next section, we'll take a look at some of the new weapons Halo 3 has to offer.