How the Wii Balance Board Works

by Jeremy Jacquot
NEXT PAGE 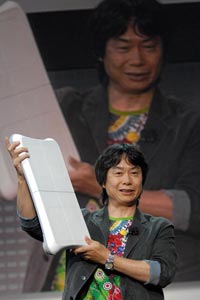 The massively successful launch of the Nintendo Wii game console proved beyond a shadow of a doubt that picky consumers, when given the option, would gladly give up the comforts of high-definition graphics and whiz-bang technologies in exchange for a new, compelling playing experience. Though not the first system to push motion control in games -- Nintendo itself cut its teeth with the ill-fated Power Glove, an accessory for the original NES (Nintendo Entertainment System) that was released in 1989 -- the Wii was the first to do so with mainstream appeal.

With the Wii, having once again established itself as the game company to beat -- a position it had relinquished to its competitors, Sony and Microsoft, during the previous console war -- Nintendo quickly set its sights on further broadening its outreach to new audiences. Enter the Wii Balance Board. When it was unveiled alongside "Wii Fit," the first game to take advantage of it, at the Electronic Entertainment Expo (E3) in 2007, it was considered to be an innovative device in some circles and derided in others as a pure gimmick. Getting gamers to flail their arms and hands around was one thing, the skeptics pointed out, but getting them to don workout clothes and sweat along with an in-game avatar -- all in the name of fun -- was something quite different.

Fortunately for Nintendo, there was a market of gamers who were more than eager to give the thin, white board a shot -- and a sizeable one, at that. Since its launch in early 2008, "Wii Fit" has racked up global sales in excess of 22.5 million copies, positioning it as one of the Wii's bona fide mega-hits right alongside "Wii Sports," "Wii Play" and "Mario Kart Wii" [source: Nintendo].

At its most basic level, the balance board simply measures your weight and balance with the help of four small sensors located in each corner. The story of how the board came to be is a long, interesting one that predates the development of the Wii game console itself. In the next section, we'll explore the board's humble origins and see how it began its life as two bathroom scales glued together. 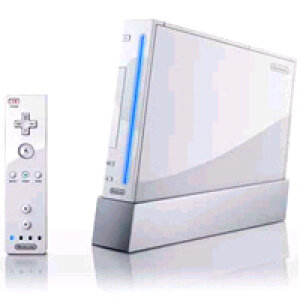