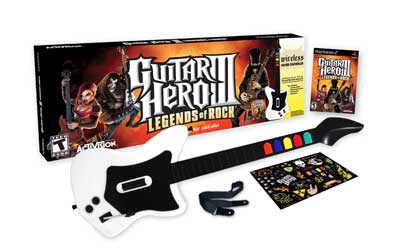 In homes, dorm rooms and bars across the world, young and old are picking up toy guitars and shredding as though a musical doomsday approaches. Devil horns fly up from audiences planted on couches and recliners, cheering on faux rocker gods who wail on their artificial axes with enough rhythm-driven precision to slay the nerve-wracking notes of Guitar Hero.

For about $100, you can bypass the blood, sweat and tears and climb that stairway to rocker heaven in the comfort of your own home. Challenging people to play their way through well-known rock songs, the Guitar Hero video game series has become a pop culture icon during its brief existence. Testifying to its sometimes maniacal following, Guitar Hero sales topped $1 billion worldwide in early 2008 [source: Brandweek]. And although Guitar Hero co-founder Charles Huang describes his vision for it as a "casual game for the masses [source: Kohler]," diehards consider it nothing less than a serious pursuit of musical mastery. What else could explain the millions of YouTube hits Guitar Hero stars have racked up?

­­­Perhaps more telling is the broad span of groupies the game has attracted. ­­­Along with the hardcore gamers, Guitar Hero players come from the every other stereotypical group as well: preps, hipsters, punks, squares, nerds, both male and female.­­ ­Although the video game's guitar-shaped controller resembles a Fisher Price plaything more than an instrument of mind-blowing musical mayhem, fans don't care. The classic Gibson brand style, color-coded fret buttons and tone-twisting whammy bar suffice to send Guitar Hero players into the celestial heights of rockerdom.

But while it may sound like Guitar Hero has brought society together in some kind of digital Woodstock, the game's popularity has turned some people off. And, like most rock 'n' roll bands that have made it to the top, the Guitar Hero franchise history is not without its own share of sour notes.

In this article, we'll go behind the music and learn the ins and outs of Guitar Hero as a game, electronic device and a business to find out what's made it a multiplatinum success. We'll also examine how the gaming trend has spread among people and other markets.

Although Harmonix did not take the Guitar Hero publishing rights with it in its move to MTV, it still had some tricks up its sleeve. Harmonix patented many conceptual elements of the Guitar Hero format, paving the way for its 2007 video game Rock Band. Rock Band has the same type of rhythm-regulated rules as Guitar Hero, but includes a guitarist, drummer and vocalist. Although the game is still building up steam, it's been selling comparably to Guitar Hero, leading gamers to wonder what, if any, trump card Activision will lay down next. 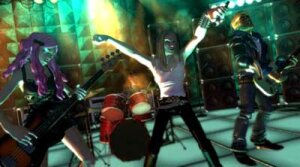 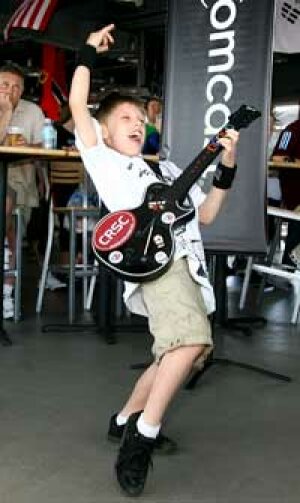