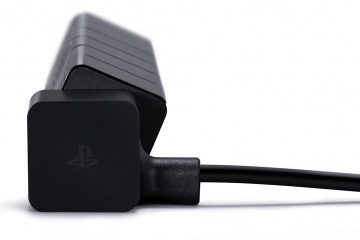 No need to stick to your handheld controller. The PlayStation Camera lets you become a flailing, yelling maniac.
Image courtesy of Sony

Although handheld controllers for gaming systems are still all the rage, we are now living at a time when we can shout commands or flail our limbs about to control our entertainment systems. The tech isn't even all that new, but it is getting better and better.

Sony has been in the video capture and motion control business since the release of its EyeToy USB Camera in 2003 for the PlayStation 2 (PS2) game console. It continued the tradition with the even better PlayStation Eye for PlayStation 3 (PS3) in 2007, and the Move controllers in 2010, which worked in conjunction with the Eye for even more accuracy.

Now Sony's latest video-capturing peripheral device, the PlayStation Camera, is in the wild, released along with the new PlayStation 4 (PS4) game console. As of early 2014, the Camera does not come bundled with the system, but is an optional device that can be purchased separately for $59.99.

The name Camera doesn't tell the whole story, since it not only allows for video capture and motion control on the PlayStation 4, but also voice control and facial recognition, as well. Read on to find out what this little, but not insignificant, device can do.