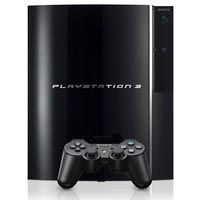 The Sony PlayStation dynasty has ruled the console market since the introduction of the original Pl­ayStation in 1994. There are 13,000 video game titles available worldwide for PlayStation products, and more are released monthly. Sony plans to continue its market dominance with the latest version of its successful console, the PlayStation 3.

In this article, we'll take an in-depth look at the PlayStation 3. We'll learn about the ground-breaking new microprocessor at the heart of the PS3, the powerful graphics processor that supports hi-def graphics at unprecedented resolutions and the console's controller makeover, among other things.

­ Sony designed the PlayStation 3 to be more than just a video game console. It supports all kinds of digital entertainment and is basically a home-entertainment computer. This computer sports a specially designed CPU called the Cell processor. Sony, Toshiba and IBM worked together to develop the Cell processor. It's their answer to the growing trend toward multi-core processing, in which manufacturers place as many processors as possible onto one chip. The Cell processor is scalable for different performance needs. The one used in the PlayStation 3 crams 234 million transistors onto a single die. For comparison, one of the most powerful desktop PC CPUs available in 2005, the $1,000, dual-core Pentium Processor Extreme Edition, just barely breaks the 200-million-transistor mark.

The setup of the Cell processor is like having a team of processors all working together on one chip to handle the large computational workload needed to run next-generation video games. In order to understand how the Cell processor works, it helps to look at each of the major parts that comprise this processor.

The computational workload comes in through the PowerPC core. The core then assesses the work that needs to be done, looks at what the SPEs are currently processing and decides how to best dole out the workload to achieve maximum efficiency.

The SPEs used in the Cell processor are each SIMD (Single Instruction, Multiple Data), 128-bit vector processors. Vector processors are designed to quickly process several pieces of data at once. They were commonly used in the 1980s in large, powerful, scientific supercomputers and were created as a faster alternative to the more common scalar processor. Scalar processors can only work one data element at a time. Despite this limitation, advances in scalar design and performance have made the use of vector processors very rare these days in most computers. However, because of the vector processor's ability to handle several data elements at once, IBM resurrected this design for the Cell. There are eight SPEs on the chip, but only seven of them handle processing. The eighth SPE is built in as redundancy in case one of the other seven fails.

The SPEs each come loaded with 256 KB SRAM. This high-speed memory helps each SPE crunch numbers quickly. The SPE memory is also visible to the main Processing Element. This allows the PowerPC Core to utilize the resources of each SPE in the most efficient way possible. All of this amounts to unprecedented power for a piece of consumer electronics. 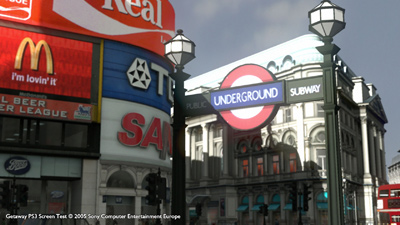 Because graphics are so important to computers (and especially computers designed to play video games), there are microprocessors dedicated only to creating and displaying computer graphics. This processor is called the Graphic Processing Unit (GPU). One of the most anticipated aspects of the PlayStation 3 is the new GPU that was created for it -- the RSX "Reality Synthesizer."

Sony designed the RSX with graphics-card manufacturer Nvidia. The RSX is based on Nvidia's GeForce graphics technology. It's a 550-MHz, 300-million-transistor graphics chip. To put that in perspective, according to this Nvidia press release, the number of transistors on the RSX is "more than the total number of transistors in both the central processing units and the graphics processing units of the three leading current-generation systems, combined."

Unlike the GPU in the Xbox 360, the RSX is built on the traditional independent vertex/pixel shader architecture. Shaders are computer programs that determine the final look of what you see on the screen when you're looking at computer animation. To learn about shaders, see our answer to this question, "What are Gouraud shading and texture mapping in 3-D video games?"

Real-time lighting, shadows and reflections add to the level of realism in games like "The Getaway 3."
©2006 Sony Computer Entertainment Inc. 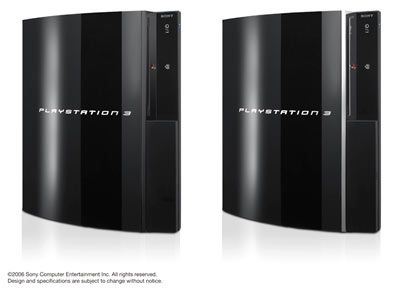 The PS3 audio has been upgraded. The new console supports:

There's no arguing with the success of Microsoft's Xbox Live online gaming service. Xbox Live has created the first cohesive online console-gaming community, boasting more than millions of subscribers. The older PlayStation 2 can take multiplayer games online, too, but users needed to buy an extra network adapter to do so. Also, Sony left it up to each game company to build and host its own online gaming community, so the PlayStation 2 never offered the online structure that Xbox does.

After the 2005 Expo, we suggested that if Sony's hoping to stave off Microsoft's advance into the console market, a cohesive online community is going to be crucial. Apparently they agreed. With the release of the PS3, Sony has also opened the PlayStation Network for "online gaming, entertainment and digital distribution" [Source: PlayStation]. Unlike Xbox Live, there's no subscription fee. While some premium (read: pay) content will be sold in the network's store, online multiplayer gaming, audio and video chat and game downloads are free. 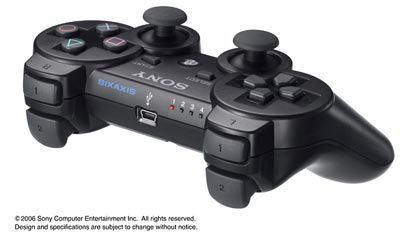 The latest controller resembles the original DualShock controller in appearance only.

The design of the PlayStation controller has remained basically the same since the release of the original console in 1994. In 2005, Sony had decided to part ways with that classic design for the PS3 and introduced the new Dual Shock 3. However, possibly in response to overwhelmingly negative feedback, Sony ditched that design and returned to something more familiar, but with a twist -- it's motion sensitive! The new controller (sans external sensor, no less) is called the "SIXAXIS" because it has "six degrees of freedom" [Source: GameSpot].

The joysticks have a broader tilting angle and the L2/R2 buttons are shaped a bit differently, but the controls are essentially the same as on a DualShock controller -- until you start using it, that is. The new motion-sensitive controller won't feel the same. The "shock" has been dumped in favor of the motion sensor, which wouldn't work properly with the vibration feature in place.

The controller can switch between wireless (up to seven can be supported via Bluetooth) and wired, and you can easily charge it by plugging in a USB cable.

For more information on PS3 and related topics, check out the links on the next page.

Users can connect Sony's PSP game system to the PS3 via a WiFi connection and use it as a video-enabled controller.