How can I make money without buying gold? 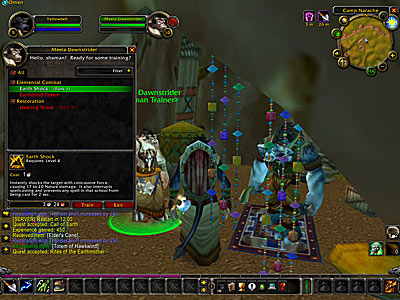 During the first few levels of game play, you don't need a lot of money. Your quest rewards take care of your basic needs for food, water and armor. But soon, expenses start to add up -- you have to pay class trainers for new skills and abilities, and you have to buy gear, food, water and other items. When you start trying to save the 100 or so gold pieces you'll need to be able to ride a mount when you get to level 30, it might start to seem impossible to make enough money.

One way to get gold is to use real money to buy it from a gold farmer -- but this is against the game rules, and most players frown upon people who try it. Blizzard may also ban your account if it catches you buying gold. Fortunately, there are lots of legal ways you can make money. You can:

Here are some tips for making enough money to buy the items you want in the game:

Just as some professions are expensive, some in-game hobbies tend to cost more money than they make. One is PvP combat. We'll go over the basics of the game's PvP battles in the next section.