How do I meet people? 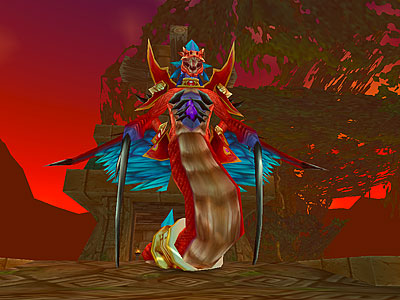 "World of Warcraft" can be as much about socializing as it is about quests and levels. And there are parts of the game you can't complete or even access without other people with you. Fortunately, there are lots of ways to meet people in the game. You can talk to nearby characters by typing /say and whatever you'd like to say. You can also talk directly to specific players by whispering, also known as sending tells. You can send a tell to a player by typing /w, the player's name and what you wish to say. There are also public chat channels that anyone in your faction can access.

In general, you're looking for three types of allies in the game:

Some guilds are small groups of close, real-life friends while others operate more like businesses. You can divide guilds into three basic types:

For a lot of players, a guild provides social interaction and a way to organize groups and events --many people spend most of their time in the game with members of their guild. For this reason, choosing a guild can be a big decision. Some argue that one type of guild is better than another, but the best guild is really one that suits your play style and goals for the game.

You can find a guild using the in-game guild recruitment channel, which you automatically join when you enter a major city, as long as you're not already in a guild. You can also read the official forums at the "World of Warcraft" Web site to learn which guilds on your server are recruiting. If you join a PuG with people you particularly enjoy playing with, you can ask whether their guild is accepting new members.

Regardless of whether you're teamed up with members of your guild or other players, most groups have the same basic structure. Next, we'll explore how groups work.