What are the game's etiquette rules? 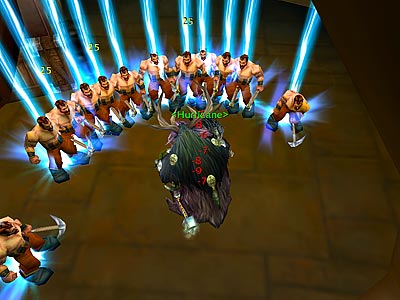 Getting through a dungeon is a lot easier if everyone is following the same basic social rules:

There's also a lot of one-on-one communication between players as they buy and sell items, look for groups and look for guilds. All of this interaction has led to some etiquette guidelines that are pretty consistent from realm to realm:

Many players consider begging for money to be one of the biggest breaches of etiquette in the game. Next, we'll explore how to make enough money to buy what you want in WoW, without resorting to asking strangers for gold.

Your Own Private Azeroth