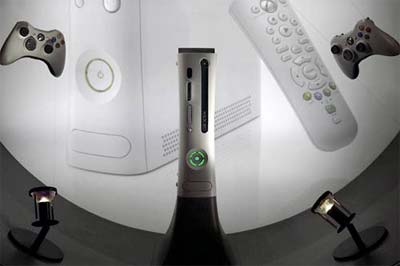 As with any computer, the CPU is the heart of the Xbox 360. Microsoft has outfitted the 360 with a 165-million transistor, multi-core processor running three 3.2-GHz PowerPC cores.

Each core on the chip functions as a separate processor. Recently, hardware manufacturers have started combining several cores, or processors, onto one chip. This is a multi-core processor. Multi-core processors offer a combination of tremendous computing capabilities and efficient power consumption. They split

The other interesting thing to note about the Xbox 360 CPU is that each core is capable of processing two threads simultaneously. Think of a thread as a set of instructions for a program's job. The core processes these instructions and does the heavy lifting to get the job done. A conventional processor can run a single execution thread. Because the Xbox 360 cores can each handle two threads at a time, the 360 CPU is the equivalent of having six conventional processors in one machine.

What this means when you are playing video games is that the Xbox 360 can dedicate one core entirely to producing sound, while another may run the game's collision and physics engine. The system may allocate an entire processor just to rendering hi-def graphics. It's really up to the game developers how the system's considerable resources are used. With a multi-core processor, the system is powerful enough to pull off the computational demands needed for an amazing gaming experience without even breaking a sweat.

The graphics processor unit, or GPU, is responsible for the heavy-lifting for the console's beautiful, high-resolution images. Read more about it on the next page.