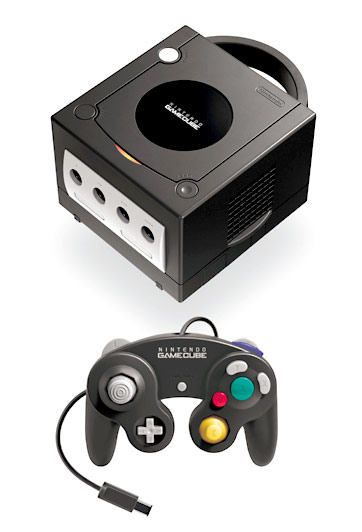 The GameCube comes in a variety of colors like its predecessor Nintendo 64.
Photo courtesy Nintendo

In the United States, the Nintendo GameCube is the undeniable underdog of the "console wars." Sony's PlayStation 2 and Microsoft's Xbox certainly sell better, and they tend to get more media attention. Toward the end of 2002, for example, the PlayStation 2 stirred up a lot of controversy with its new game Grand Theft Auto: Vice City, and Microsoft had a hit with Xbox Live, its online gaming program. Once the undisputed king of home video games, Nintendo seems to be struggling just to hold its own.

But if you've actually spent any time with a GameCube, you may be confused by its reputation as a third-rate system. It's hard to see ground-breaking GameCube games like Metroid Prime and Super Mario Sunshine as anything less than state of the art. No matter how it fares in sales, this console is definitely a remarkable technological achievement.

In this edition of HowStuffWorks, we'll find out what the GameCube has under the hood, and we'll see how it stacks up to the competition. 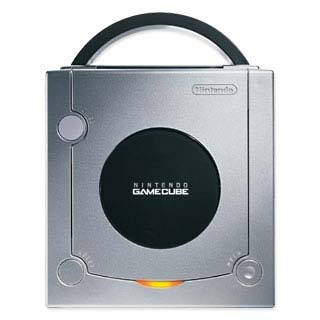 The GameCube is the first Nintendo console not to use game cartridges. Instead, the GameCube uses 1.5-GB proprietary optical discs with a diameter of 8 cm (3.14 inches). A compact disc has a diameter of 12 cm (4.72 inches), which is the size of the Sony game discs. Since the GameCube operates with discs, the Nintendo 64 games are not compatible with it.

When you get down to it, the biggest difference between the different consoles is their respective game catalogs. Gamers typically pick the console that supports the titles they're most interested in. The PlayStation 2 has a huge lead in sheer number of games because it plays original PlayStation games and it hit store shelves well before the other consoles. The X-box has fared well largely because of high profile games aimed at teenage and adult players (such as Halo and Splinter Cell).

Nintendo's main strategy has been to launch exclusive games based on well-known established characters. For example, Mario, Star Fox and Metroid's Samus, who were all featured in hit games on earlier Nintendo consoles, will appear only in GameCube titles. Nintendo has also worked out a deal with Capcom for exclusive rights to new Resident Evil games.

As it turned out, using established characters in the console's biggest games had a significant downside. With the cartoon Mario characters front and center, the GameCube was immediately branded as a "kid's console." While it does have many games aimed at older players, it hasn't hit on anything as controversial as the PlayStation 2's Grand Theft Auto series or as lauded as X-Box's shooter Halo.

One thing the GameCube does have over the competition is its ability to interact with the Game Boy Advance (GBA), Nintendo's handheld system. The GBA plugs directly into the GameCube's controller port to allow the two systems to communicate with select games. In May of 2003, Nintendo will release an accessory that will let you play Game Boy games on a TV, through the GameCube.

The Game Boy Player, due out in May of 2003
Photo courtesy Nintendo

Ultimately, the winner in the game console wars will be the gamers themselves. As the console manufacturers continue to try to top one another to attract increasingly discriminating buyers, the great titles keep on coming.

For more information on the GameCube and other video game systems, check out the links on the next page.

Have Fun With Our Animal Crossing Quiz
Neil deGrasse Tyson Enlists Creative Dream Team for 'Space Odyssey' Video Game
What are the best video games that were never made?