Browse the article What are the best video games that were never made? 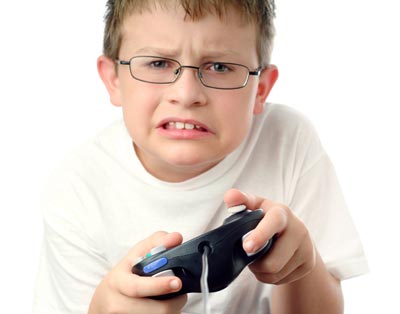 There's no denying that it's a great time to be a gamer. The game library for video game consoles is enormous. PC gaming is going strong even though some people predict its demise. And handheld video gaming continues to thrive. But some games never make it to stores. In fact, some never even make it out of development. In the early days of video games, it was possible for a small team or even a single person to program a game from start to finish. Today, most video games are too sophisticated and complex for a few people to design and program. Instead, video game companies dedicate entire departments to create new games.

With such a long and complex development process, there are many ways things can go wrong. Companies might go bankrupt or merge with other corporations before a game is finished. Game developers can leave the company in the middle of a project to go work somewhere else. Video game technology sometimes advances significantly during a video game's production cycle, which means the game looks dated before developers have finished making it. Sometimes developers discover that the game is difficult or even impossible to play. In these cases, companies face a tough decision: Continue developing a flawed game, or cancel the project and concentrate on something else.

­There are probably hundreds of abandoned games that most of us will never know about. These are the games that companies gave up on before announcing them to the world at large. Only the people who worked on these games -- and anyone they've talked to -- are likely to know about them. There are also dozens of games that companies promoted but that never made it into stores. This article is dedicated to those games and what could have been.

What are some of the games that should have given us hours of enjoyment but never got the chance? Keep reading to find out. 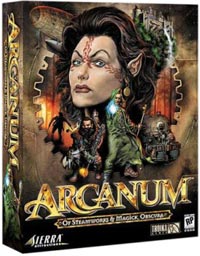 Image courtesy Amazon The sequel to Arcanum was never meant to be.

A definitive list of all the games that companies have canceled over the years could fill a book. Here are just a few video games that gamers never had the chance to play:

"Journey to the Centre of Arcanum" was meant to be a sequel to the computer role-playing game (CRPG) "Arcanum" by Troika Games. "Arcanum's" mythology combined fantasy creatures like elves and dwarves with steampunk technology. Unfortunately, the company faced financial troubles and dissolved before developers could complete the game.

Black Isle Studios' game "Fallout 3" suffered a similar fate. It was supposed to be the third game in the Fallout series, role playing games set in a postapocalyptic environment. Black Isle Studios dissolved before the game was finished. Bethesda Software plans to publish a game in 2008 called "Fallout 3" set in the Fallout universe, though the company designed the new game from scratch.

"Call of Cthulhu: Destiny's End" is another game that fell apart along with a company. Game publishing company Hip Interactive went out of business in 2005 before the game was finished. The game's developers tried to find an alternative publishing company without success. The game was set in a world inspired by H.P. Lovecraft's Cthulhu mythos. Gamers would have been able to play this third-person survival horror game on the Xbox, PlayStation 2 or PC.

An Xbox game called "BC" would have given gamers the chance to control a tribe of primitive humans in a prehistoric environment. The player's task was to help the tribe survive in a hostile world inhabited by vicious dinosaurs and other creatures. Lionhead Studios scrapped the game in order to focus on other projects.

Image courtesy Amazon Cheer up. You can still play Werewolf: The Apocalypse as a pencil and paper RPG.

Game publisher 2K Sports canceled its basketball video game "College Hoops 2k9" when negotiations with Collegiate Licensing Company stalled. Without the licensing agreement, 2K Sports wouldn't be able to use real college team names, logos and players. Rather than publish a game with fictional teams, the company decided to scrap the project.

"Werewolf: The Apocalypse" was going to be a PC game based on White Wolf's tabletop RPG about werewolves. Several video game Web sites hosted videos showing the game's cinematic sequences and ran stories about the game's features. Sadly, the developers canceled the project after the game's mechanics became too complex.

Designed with the Xbox and PC systems in mind, Micro Forte's "Citizen Zero" was an online game set on a prison planet. Players would be able to form groups with other players, stake out turf in the game and battle with other players. Micro Forte worked on the project for several years, but eventually left it behind it to begin work on a different game.

It's rough when you find out a company has scrapped a game you wanted to play, but it can be even worse if you don't hear anything at all. In the next section, we'll look at some games that may or may not ever hit store shelves.

So Close, Yet So Far Away

Sometimes even finishing a game isn't a guarantee that it will hit the market. In 1998, a game development company called Paradox created "Thrill Kill" for the PlayStation console. It was a fighting game for up to four players, featuring extreme gore and violence. Game publishing company Electronic Arts decided to cancel publication even though the game was ready for the market. Allegedly, executives at Electronic Arts considered the game's content inappropriate [source: GameSpot]. 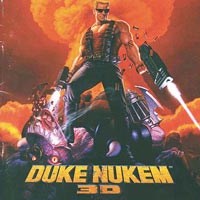 Image courtesy Amazon Still holding your breath? The sequel to Duke Nukem 3D has been in development now for 11 years.

Ask gamers to come up with an example of video game vaporware and most will give the same answer: Duke Nukem Forever. Game developer company 3D Realms first announced this PC video game title in 1997. It's a sequel to "Duke Nukem 3D." In late 2007, 10 years after the initial announcement, 3D Realms said the game was still in development but would make it into stores soon. Skeptical gamers sometimes compare 3D Realms to the boy who cried wolf. Rather than get excited, these gamers prefer to take a wait-and-see approach.

Another game that has been in development for several years is "StarCraft: Ghost" from Blizzard Entertainment. Blizzard's Web page for the game describes it as a tactical-action console game set in the StarCraft universe. The company first announced the game's development in 2002. According to Blizzard's official FAQ, the game should have been finished before 2004. But since Blizzard's announcement, gamers have moved on to a new generation of consoles. Blizzard hasn't officially canceled the game, but many people consider it vaporware.

Ritual Entertainment's planned first-person shooter series called "SiN Episodes" was meant to give gamers access to episodic content. Ideally, gamers would be able to purchase episodes as they became available, expanding the game's world and storyline with every download. Unfortunately, the series seems to have stalled after just one episode called "Emergence." The episode found a small but enthusiastic fan base. Gamers still hold out hope that the series will continue.

The games in this article represent only a tiny percentage of all the projects that never made it into the hands of gamers. Some games might not have made a big impact even if published, but more than a few of them developed an eager fan base. Will we ever see any of these games emerge from what is popularly known as "development hell?" Only time will tell.

To learn more about video games and related topics, check out the links on the next page.

Tough to be the Duke

Duke Nukem Forever's development process is the stuff of legend in the video game community. More than one gaming Web site announced the game's release as an April Fools' Day joke. One Web site maintains a list of major events that have happened since 3D Realms first announced the game as a way of illustrating how much time has passed. Some gamers worry that even if the game is released, no one will take it seriously after more than a decade of waiting around for it.