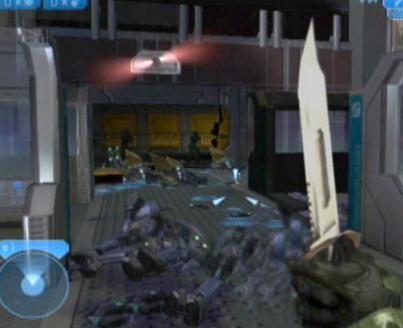 Halo 3 is the third chapter in the Halo Trilogy made for Xbox. See more Halo pictures.

­ Imagine a decimated Halo. The Covenant has conquered Earth. Even light speed travel wasn't enough for Chief to make it back in time...but is it really too late? ... This is what E3 attendees discovered during an exciting "Halo 3" trailer. Yes, it's true -- Microsoft has confirmed that this eagerly awaited sequel should be stocked in stores some time in 2007.

All this "Halo 3" talk got us thinking: If HowStuffWorks ruled the universe, what would we cram into "Halo 3"? Read on to find out.

Starting with offensive weapons, here's what we've got:

There were more than a few moments in "Halo 1" and "2" when a dynamic melee weapon would have been nice. We're thinking three attacks: melee button for a slash attack, right trigger for a stab, and, if the opponent's back is turned and you target them, a stealthy, one-hit kill.

Bungie has been talking about a flamethrower for a while. It's understandable that they don't want to put a flamethrower in the game until they can do it right. Here's hoping that Xenon has what it takes to let us barbecue some Covies.

Next, we'll take a look at our defensive weapon wishlist. 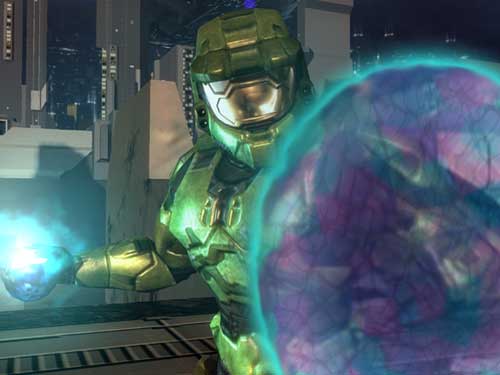 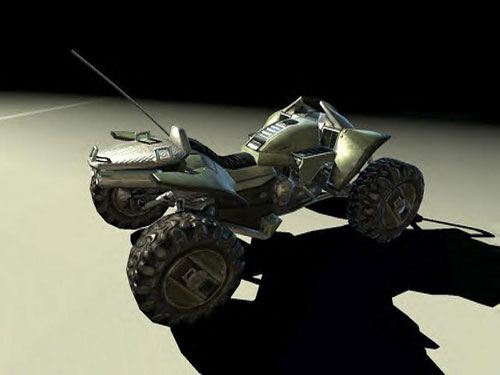 UNSC has no answer to the Ghost. Long ago, when "Halo 2" was only a distant dream, and fan boy chatter and questionable screen shots were all we had to go on, the ATV was a sure shot to be a new vehicle in "Halo 2." November 9th, 2004 came and went with no such vehicle. The ATV would make a great flag-running vehicle. Something with the agility, speed and size of a Ghost but with Warthog handling and stability sounds right.

In "Mercenaries," you can grab a bunch of dudes, load them into an armored personnel carrier and take them to a fray. We wish "Halo" had some kind of APC. Think about how cool it would be to roll onto the beach in Outskirts with an APC full of Marines. They pile out shooting, and combat hi-jinx ensues. This would be a great addition to multiplayer too. 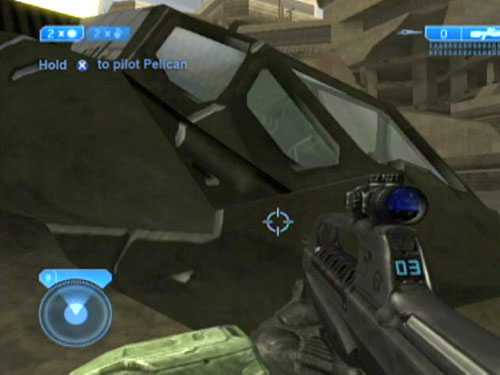 Picture it: Capture the flag in Coagulation. You and five of your buddies are en route to the base on the other side of the map. Rockets hiss by, and the ship rocks back and forth as it takes one on the starboard side. As the Pelican banks left and swings wide to avoid another salvo of tracked rockets, you see the enemy base. Two rooftop snipers pour it on, filling the inside of the Pelican with white streaks. Your rocket guy drops behind you. He never even saw it coming. The smoking Pelican belly flops onto the top of your opponent's base in a hail of crisscrossing fire. You and your pals pile out. The pilot is picked off as he exits the Pelican. A flash, and your shields are dropped. You fire furiously to your left and right as you seek cover near the smoldering Pelican. You eye a Ghost outside the base, as you dive down onto the flag. You mutter into your headset, "That's how one of us is getting out of here."

So the Pelican would be a great edition to multiplayer. And you should be able stow extra weapons on the Pelican! On large multiplayer maps, the Pelican could function as a mobile base. There could even be a "capture the flag" variant where the flags are kept on Pelicans.

What if you could clear that beach in Outskirts with a good old-fashioned Marine beach landing? This early Bungie concept art shows that they considered it.

Some water combat would be a nice addition to both multiplayer and campaign. Imagine a multiplayer map that is a series of small islands. The bases would be on different islands, and it would take coordinated boat attacks, beach landings and sniper fire to get things done. Now that's a sweet idea. (Note to Halo guys, you could name the multiplayer map "100 Monkeys.")

Now, let's look at the controls. 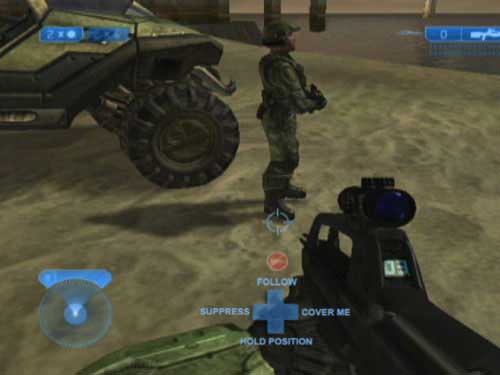 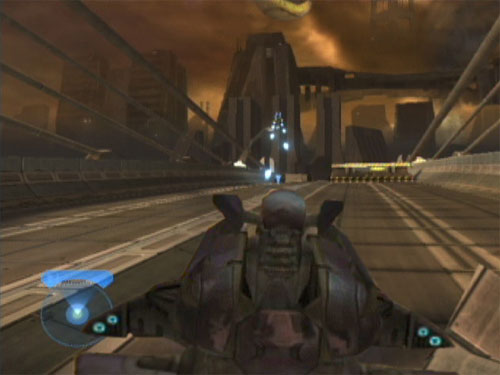 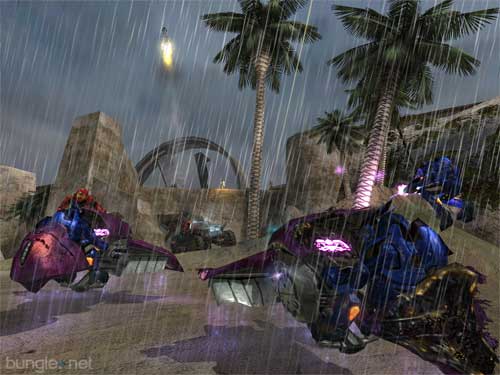 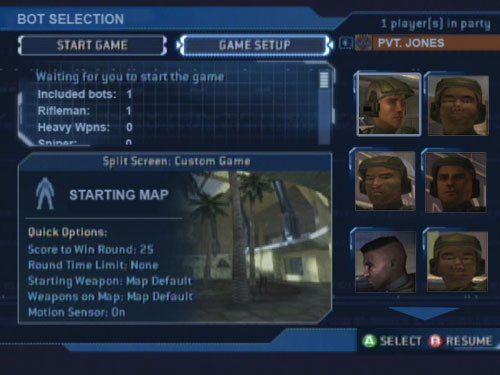 The fact of the matter is that not everyone has Xbox Live. Even if you do have it, sometimes you want to brush up before taking it to some flesh-and-blood chumps. How about some programmable bots like the ones in "Perfect Dark" for N64? In a pre-game menu, you would be able to program skill and attributes to the bots as well as assign skins like, Grunt, Marine, Brute and so on.

A cool spin on co-op. One player is the Chief, while someone goes through campaign jumping from Elite to Elite (also cribbed from "Perfect Dark"). Put this on Xbox Live and you could have several people as Elites battling one unlucky Chief.

If only one wish were to be fulfilled, let's hope it's this one: Co-op on Xbox Live. You and your buddy duking it out side by side, each on your own box. You could work out your own geeky field jargon. How about teams of four? Bungie could weave this into the story by having the SPARTAN program resurrected. Or the game could just let you play as Marines or ODSTs. Let's blow it out -- how about a massive online co-op campaign mode with 16 person teams and Marines? We're talking big, no huge "Lord of the Rings"-scale battles, in big open fields. Man oh man, that would be fun!

For more information on Halo 3 and related topics, check out the links on the next page.