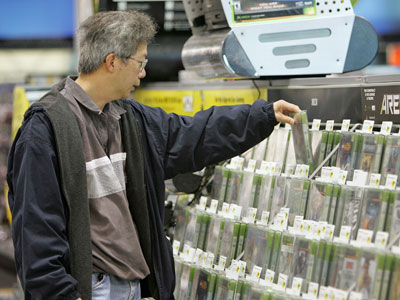 During post-production, the marketing engine begins to ramp up. The game is advertised in print, on the Web and oftentimes on TV. Quite often, a game that is a hit or has a very memorable character provides the company with opportunities for merchandising and licensing. Comic books, cartoons, movies and amusement park rides have all spun out of the popularity of certain video game characters. Products such as clothing, toys and board games often display characters from the game. A popular video game character can be a marketing gold mine for the parent company.

A major difference in creating a video game for a console versus building a game for a PC is the approval and distribution process. Console manufacturers normally require strict licensing agreements between themselves and companies that wish to develop games for their systems. We will outline the process that 3DO goes through with the game console makers they work with.

Every company that develops games for a video game system manufacturer is considered a third-party licensee. Here's how it breaks down.

When a developer submits the game to the console maker, the testing and review process can be very rigorous. The game may be sent back to the developer with requests to change certain parts before resubmitting it.

Many people mistakenly assume that the cost per game to the parent company is minimal and the profit huge. This is seldom the case. While the actual material costs for the game duplication, box and manuals may only be a few dollars per unit, there are a lot of other costs incurred:

Game companies also have to take into account the short lifespan that most games enjoy. Since the technology that video games thrive on is continually improving, the games that are cutting edge today will seem slow and outdated in just a year or two.

For more information on video games and related topics, please visit the links below.