The Present and Future of Game Streaming 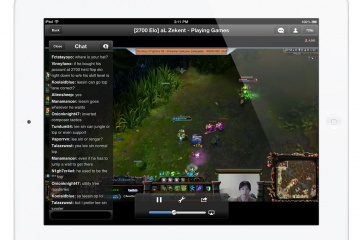 Feeling social? You can chat with players and viewers on a Twitch channel.
Image courtesy of Twitch

There are any number of sites where gamers can broadcast their gameplay besides Twitch. As mentioned earlier, Twitch was born out of one of them, Justin.tv. Others include Ustream.tv (another popular live-streaming site), Google Hangouts and YouTube.

YouTube, the king of video hosting sites, has lots of users displaying gameplay and related content, often dubbed "Let's Play" videos, with many on the LetsPlay group of YouTube channels. Some proof of the popularity of gameplay videos might lie in the fact that Felix Kjellberg's PewDiePie YouTube channel boasts more than 27 million subscribers, the most of any single YouTube user, even more than YouTube's own channel [sources: Heaven, MacMillan, YouTube]. There are many other gaming users on YouTube at various levels of subscribership. The multi-channel group Machinima has garnered more than 11 million subscribers with its game-related serial fiction and other similar content. Although uploaded videos are what YouTube is known for, they also offer live streaming via YouTube Live, including a group of channels dedicated to live gaming.

It is not the only game in town, but Twitch stands out for being the largest site dedicated entirely to the streaming of gameplay and related content. And it's catching up to and even surpassing some sites you wouldn't expect as far as online traffic. During the week ending February 3, 2014, Twitch was fourth in peak web traffic by bandwidth at 1.8 percent, which put them behind Netflix, Google (which includes YouTube) and Apple, but ahead of HBO Go, Hulu, Facebook, Valve and Amazon, to name a few [sources: Mosley, Twitch Interactive, Twitch Advertising]. The company Qwilt says that around 44 percent of all live streaming web traffic (bandwidth-wise) the week of April 7, 2014 was through Twitch [source: MacMillan].

Given those figures and the ever increasing numbers of viewers and participants, it doesn't look like Twitch, or live game streaming in general, is going out of style anytime soon.