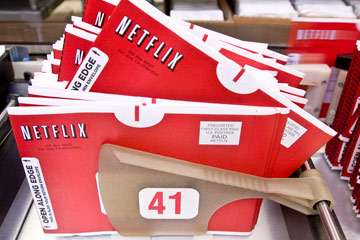 There's nothing quite like the anticipation of receiving that red Netflix envelope in the mail.
Image courtesy of Netflix

When Reed Hastings launched Netflix in 1997, his idea didn't make sense to a lot of people. DVD players had only been on the market for a few months, and many families were still using VHS tapes to watch movies. In spite of that, Netflix's movie inventory consisted exclusively of DVDs. Naysayers also doubted that people would want to wait for home delivery when video rental stores seemed to be everywhere. Critics wondered whether Netflix's unlimited subscription plans, launched in 1999, would be profitable.

By July 2011, more than a decade after opening its virtual doors, Netflix had more than 25 million subscribers in the U.S. and Canada [source: Netflix]. For the first half of 2011, the company's total revenue exceeded $1.5 billion. Netflix also enjoyed a tremendous increase in subscribership in early 2011, up from just 15 million a year before. Netflix attributes much of this growth to increased amounts of online streaming content, availability on a wide range of electronic devices and strong word-of-mouth recommendations [source: Netflix].

Even before it began unlimited content streaming to subscribers in 2008, Netflix was well-established as a rent-from-home DVD service. Part of that success could be attributed to its breadth of movie offerings; its library had about 75,000 after its first decade, and that number is constantly growing. It's also likely that Netflix has been successful because it has attracted customers who want to watch a variety of movies rather than just new releases. In 2007, only about 30 percent of Netflix rentals were newly-released DVDs, but at most video-rental stores, 70 percent of rentals were new movies [source: Business Week].

By its 10-year mark, Netflix recognized that Internet services and video streaming technology had become better and easier to obtain for the average viewer at home. Keeping up with that trend, the company started offering online streaming content. Netflix also added Blu-ray disc rentals as a service upgrade, acknowledging the increasing attraction and growing market for the Blu-ray media format [source: Netflix].

There's a lot going on, both on the Netflix Web site and behind the scenes, to allow Netflix to deliver so many movies to so many people. In this article, we'll look into how Netflix delivers both discs and online content, and how it decides which movies to recommend to you. We'll also explore the company's competition, growing pains and outlook for the future. 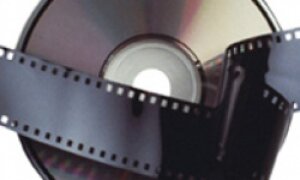 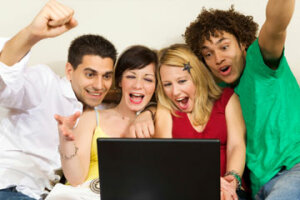 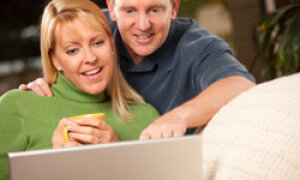