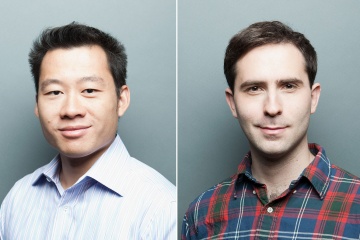 People have played games for ages, and for as long as we've had them, we've also had game spectators. Although many think of video games as a solitary pursuit, or at most something shared among friends or in limited online multiplayer groups, they are becoming something of a spectator sport in their own right.

Competitive gaming, even at the professional level, has existed for decades. In the 1990s, a player named Dennis Fong (under the handle Thresh) was able to make a living playing Quake and other popular first person shooters of the day through tournament prize money and corporate sponsorships, becoming widely acknowledged as the first professional gamer. And others followed suit.

Now there are a lot more games out there, and a lot more competition for pro gamers. But there are also lots more ways for them to gain attention. Leaps in technology and the number of people online -- as well as the advent of video sites such as YouTube, founded in 2005 -- have led to some people's in-home gaming sessions reaching hundreds, thousands or sometimes even millions of viewers. Live video streaming sites like Justin.tv, launched in 2007, have allowed live video game broadcasting from everyday players to become a thing. Game broadcasting was, in fact, so popular on the site that co-founders Justin Kan and Emmett Shear launched a spin off site in June 2011 dedicated entirely to gameplay live-streams -- Twitch TV.

Now simply called Twitch, the site's popularity is growing by leaps and bounds. Even before it officially launched, Twitch.tv was getting 3 million unique monthly users [source: O'Dell]. The site now gets 45 million unique visitors every month, and boasts around 900,000 unique broadcasters per month [sources: Ewalt, Twitch Interactive, Twitch Advertising]. In early 2014, Justin.tv's parent company name was changed to Twitch Interactive.

The short of it is that game live-streaming site Twitch is very popular. But what exactly can you see and do on the site? Read on to find out.