Without Steve Jobs, Apple is Finished 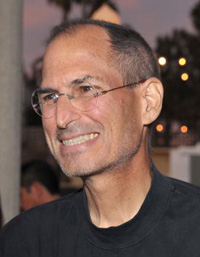 Steve Jobs is synonymous with Apple's success. When he returned to the floundering company in 1997 as interim CEO after being ousted in a boardroom coup in 1985, he led a mythic Apple resurgence that still continues today [source: Cheng].

Jobs was the black-turtleneck-and-jeans-clad tech guru who, year after year, took the stage at MacWorld to introduce the world to some of the most innovative computing and electronics gadgets of the past two decades, including the original iMac, iPod and iPhone.

When Jobs stepped down in January 2009 for a six-month leave of absence due to serious -- and undisclosed -- health issues, the man and his company made headlines around the world. Could Apple possibly survive without its charismatic genius of a CEO? The question lingered after Jobs returned to work, especially when he eventually resigned from his chief executive role in August 2011. He passed away on Oct. 5, 2011, at the age of 56.

In spite of the natural grief and uncertainty tied to his death, most experts believe Apple will have no trouble carrying on without Jobs. For one thing, it's easy to overlook the fact that, in spite of his charisma and influence, Jobs didn't conceive of or design many of Apple's greatest hits. Jonathan Ive, senior vice president of industrial design, gets credit for the original iMacs, the click-wheel iPod and the iPhone 3G [source: Arthur]. What about all those memorable Apple commercials and marketing campaigns? Remember the "Switch" and "Mac versus PC" ads? Those were the brainchild of Phil Schiller, senior vice president of globel marketing [source: Dannen].

More importantly, the Apple that Jobs left behind in 2011 was very different than the Apple that Steve Jobs saved in 1997 [source: Harris]. Thanks to Jobs, Apple has a clear vision, strong branding and an unflaggingly loyal following. Even as it moves on following Jobs' death, the company will be on sure footing -- or as sure as things get in the tech industry -- for a long time to come.

Our next myth has caused potential Apple customers to hesitate, but let's see why it's all just a misunderstanding.