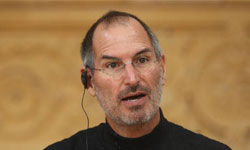 We don't often see the words "business" and "celebrity" together, but Steve Jobs was a business celebrity. Face it, he wasn't just any celebrity, either — he achieved rock-star status, but his hands clutched an iPhone instead of a Gibson. Think about it, we didn't just follow Apple Inc.'s products or its stock price, we watched the CEO himself, and we gossiped. Following his death on Oct. 5, 2011, we saw countless tributes and memorials from Web sites, celebrities, tech pundits and even the president of the United States. Why did we like to gossip about Jobs? It's enticing to study people who are full of good ideas — even more so, people who have built empires, as we try to uncover exactly how they did it.

Beyond that, Jobs was an interesting character. He was a college dropout who won the National Medal of Technology, who had a reputation as a difficult person and a demanding boss, and who slammed competitors' products and ran a cultish marketing show for his own.

One New York Times columnist had an interesting sociological explanation for why we've always taken a personal interest in Jobs [source: Carr]. Jobs knew us so well — from our early need for personal computers to the way our fingers like to dial songs on our iPods — that we want to know him back.

Jobs kept details about his life private, and his company protected his privacy, which enticed us even more. Our fascination fed a rumor mill that often got stuff wrong. Here are five popular myths that surround Jobs.

5: The Apple Corporation Paid Jobs Only $1 for Running the Company 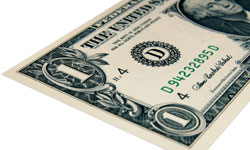 4: Jobs' Car Displayed a Barcode Instead of Plates for the Sake of Safety and Privacy 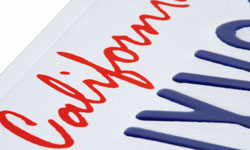 3: Jobs Wore the Same Outfit Every Day — A Black Mock Turtleneck and Jeans 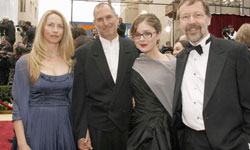 Jobs, pictured here with his wife and Disney/Pixar's Ed Catmull and Catmull's daughter at the 79th Annual Academy Awards, traded his mock-neck and jeans combo for a stylish tuxedo at the Kodak Theatre on Feb. 25, 2007 in Hollywood, Calif.
Frank Micelotta/Getty Images

Adrian Monk was a TV detective whose obsessive-compulsive disorder carried over to his choice of clothes [source: NBC]. For him, it was always brown over plaid. But that was the work of his costume designers. The very real Steve Jobs, who we're pretty sure wasn't following a scripted wardrobe, almost always wore a black mock turtleneck and jeans — at least in public, and at least since 1992 [source: Potts].

Why? Jobs never said. Like everyone else, we can speculate. The outfit looked comfortable. We all loosen our ties and pry off our heels when we want to do our best work. Or Jobs may have done it to save time, since he was undoubtedly busy.

Although he wore the outfit while at NeXT Computer, Jobs could've made it his uniform for Apple [source: Potts]. It made Jobs and his products easy to identify. Jeffery O'Brien, a former senior editor at Wired magazine, suggested that the simple, straightforward outfit could send the message that Jobs uses his creativity elsewhere [source: Jackson]. Or Jobs, like his products, may merely have favored a simple interface.

In the category of "har, har, har," comes one reader's response to Steven Heller's fabricated "Fashion iCon" article. Daniel Kostka suggests that Jobs' turtleneck was wired for Internet access, as part a new line of iNecks [source: Heller/Kostka]. In a yin-yang kind of theory, one satirist suggested the outfit countered our "misery" in choosing among the thousands of songs on our iPods [source: Shine]. Perhaps the turtleneck reflected Jobs' attitude toward buttons: First, he removed them from his shirt, and then his company came out with the iPod and iPhone.

But the fact is, Jobs didn't wear the outfit inflexibly. He changed when it was appropriate. He wore a suit to the 2001 MacWorld Expo in Tokyo and wore tuxedos to the Academy Awards [source: Jackson]. He occasionally wore a white T-shirt and black vest to work, and it's rumored that he owned a white turtleneck [sources:  Jackson, Dukcevich].

It's a great story: In 2010, Steve Jobs vacationed in Kyoto, Japan. At the conclusion of his trip, he headed to the airport to hop on his private jet and return home. But while going through airport security, airport personnel informed him that he wouldn't be allowed on his own plane. Why would they say this? Because Steve Jobs had purchased some ninja throwing stars while on vacation and he had them on his person (any self-respecting ninja would do the same).

The story continues. Steve Jobs, incensed that the airport security team wouldn't let him bring his souvenirs aboard his own private plane, declared that he will never visit Japan again. The story has all the earmarks of a great myth. You have the iconoclastic CEO — who already dressed like a casual Friday ninja — used to getting his own way. You have security personnel following the letter of the law in their procedures. You have the infamous Jobs temper invoked. Sadly, the story appears to be false.

An Apple official contacted John Paczkowski of All Things D to clear up the matter. According to the representative, Jobs did visit Japan but that's where the similarities between the story told above and reality part ways. The representative said that Jobs enjoyed his visit and that he had hoped to return to Japan soon [source: Paczkowski]. There's no word if the official then disappeared in a puff of smoke. 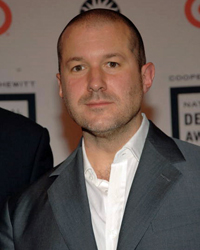