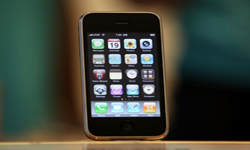 Apple's iPhone took the tech world by storm when it debuted back in 2007.
Justin Sullivan/Getty Images

Like many other successful tech companies, Apple, Inc. is a myth magnet. There's a simple reason for this: The Cupertino, Calif.-based company is shrouded in secrecy. Press and social networking Web sites are always rife with rumors about Apple's next big product release -- a secret guarded more closely than "The Hobbit" film production.

The mystique surrounding the company is both justified and hard-earned. Apple was founded in 1976 and found success quickly with the invention of the Apple I Personal computer (PC). However, it was the advent of the Macintosh in 1984 (and the classic television commercial that launched it) that would make Apple famous. It wouldn't last, though, as tensions between co-founder Steve Jobs and president and CEO John Sculley would lead to Jobs' departure the following year. Jobs wouldn't return to Apple until 1997, when the company was in the midst of a steep decline [source: The Apple Museum].

That decline may have been fortuitous, as no one saw the iMac coming. No one predicted the revolutionary impact of the iPod, iPhone or iPad, either. As a result of these insanely successful products, Apple faithful await the annual MacWorld conference with great anticipation, speculating about what new product announcements will be made.

For all Apple's rock-star status in the tech world, there's still a lot that we don't know about the company. Here, we'll debunk 10 myths about Apple, in no particular order. Mystery solved -- or is it?