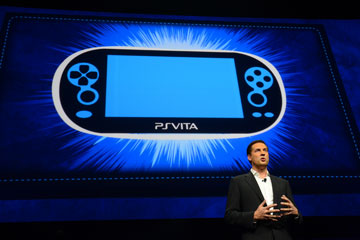 Sony is hoping that the PS4 will successfully merge the console experience with mobile PS Vita gaming.
© EMMANUEL DUNAND/AFP/Getty Images

These days, even non-gamers are accustomed to having several glowing devices at their immediate disposal, from laptops to tablets to smartphones. The PS4 plays directly into that phenomenon. For example, if you're in the middle of a game and you need to leave the house, you can shift your play time from your TV to your portable PlayStation Vita. Or, if you're still playing at home, you can link your smartphone or tablet to the system and use those handheld devices as so-called second-screen accessories to augment game play. Not all games will have this functionality initially, but Sony is hoping that developers will integrate the full social capabilities of the PS4 into their titles.

Even the way you buy games will change. In the past, to obtain a game for your console, you trudged to your local big box store and shelled out around $50 for a disc, or you ordered a disc online. With the PS4, every game will be downloadable, and prices will range from a few bucks to about what you expected to pay for those old-school discs.

Some of those games will likely take a long time to download due to their tremendous size. No worries, though. Sony made the system so flexible that you can actually start playing the game even as it's still downloading in the background. If you're not sure whether you want to buy a game, you can stream demos right from the Internet on a trial basis. As your PS4 learns your gaming habits, it will even pre-load demos of games that it thinks you'll enjoy.

If and when you finally tire of gaming, you can switch entertainment modes to movies or TV shows. Details are still scarce, but you should be able to stream content from Amazon Instant Video and Netflix directly within the PS4 interface. Or, you can just open a Web browser and do some surfing without having to switch to your PC.

It will probably be years before anyone knows just how Sony's PS4 gamble plays out. Perhaps this will be one of the last big console launches aimed specifically at hardcore gamers. On the flip side, maybe the PS4 will prove that these staple entertainment devices still have legs. Either way, it's a good bet that there's enough technology jammed into the PS4 to make for whole lot of tired fingers and eyes made bleary by late night gaming sessions.

Author's Note: How the PS4 Works

These days, you don't even need a console to play some pretty fun games, as "Angry Birds" addicts everywhere can attest. But there's still something to be said for small, powerful boxes perfected just for fast, fun gameplay. The problem is that consoles are expensive to develop and manufacture -- and company earnings can take a big hit (or large jump) depending out how well a console sells. In the days of everywhere gaming, though, I'm hopeful that sleek, home-based machines like the PS4 can prove they still outperform their up-and-coming competition. 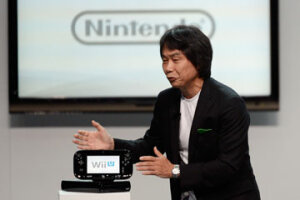