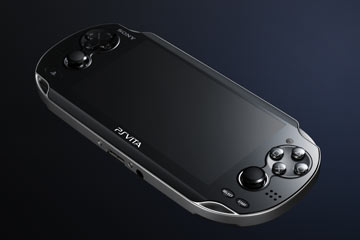 In early 2005, Nintendo's follow-up to the enormously successful Game Boy line was just gathering steam. The awkward-looking DS, so named for its dual screens, launched during the 2004 holiday season and was still an unproven entry in the handheld market. Previously, Nintendo's Game Boy had beaten back competing devices from Sega and Atari to reign as the undisputed handheld king. But the DS faced a very different enemy: the Sony PSP, a sleek system with the backing of the wildly successful PlayStation brand. The PSP jumped into the market boasting powerful graphics performance on a luxurious widescreen display and an optical disc format that could hold games akin to the caliber of PlayStation 2 titles. Nintendo, as usual, went with more humble, affordable hardware, with a simple hook: One of its two screens was touch capable.

How did things play out in the duel of the handhelds? Between 2005 and 2011, Sony managed to sell more than 67 million PlayStation Portables [source: Sony] -- not bad for the company's first handheld. Nintendo's "gimmick" sold more than 140 million units over that same time period [source: Nintendo]. Why is all this important? Because a rematch is on the horizon.

The successor to the Nintendo DS, the 3DS, debuted in March 2011 and is the first handheld with 3-D display capability. The follow-up to the PSP, dubbed the PS Vita, retains Sony's tradition of powerful hardware with its quad-core processor, dual analog sticks, touchscreen and rear touchpad. With the PS Vita scheduled for a late 2011 or early 2012 release, the two companies will once again go head-to-head for consumer dollars with a new generation of technology. The PS Vita is brimming with cutting-edge electronics and improvements made to the original PSP design. Will Sony's changes propel this device to new levels of success in the handheld market?