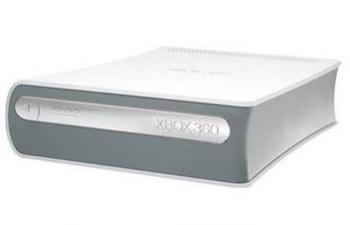 Several companies have developed alternatives to the existing DVD standard. For a few years, the two forerunners were HD-DVD and Blu-ray. Competition between the two escalated, drawing inevitable comparisons to the struggle between VHS and Betamax. Here are the highlights:

­Along with other companies, Toshiba, Microsoft and Intel sided with HD-DVD. Microsoft released an add-on HD-DVD drive for its Xbox 360 in November 2006. The Blu-ray Disc Association, on the other hand, had electronics companies like Sony (which released the Blu-ray-equipped PSin November) and Pioneer, computer companies like Dell and Apple and entertainment companies like Disney and Fox on its board of directors. Most of the motion picture industry originally supported Blu-ray, in part because the need for new manufacturing equipment might cut down on piracy.

The battle raged for a couple of years before ending in 2008, but at the beginning the outcome wasn't a foregone conclusion. Critics of Blu-ray pointed out that the discs may have more capacity than any movie could ever use, even with special features. Many people initially thought that HD-DVD would be the winner solely because it was less expensive.

Eventually, the HD-DVD format succumbed in the format wars, and today the Blu-ray format reigns supreme in the HD market. How did this happen? Find out in the next section.

Something Rotten in the State of HD

If you visit sites devoted to HD-DVD and Blu-ray, you might notice that something seems a little fishy with the supposed playback times. According to Toshiba, a 30 GB HD-DVD will hold eight hours of HD video. According to the Blu-ray disc association, a 50 GB Blu-ray disc will hold eight and a half hours of HD video. So how could a disk that's twice as big hold about half as much information?

The likeliest culprits for those numbers not adding up are bit rate and encoding. A file recorded at a low bit rate will take less space. In addition, many early Blu-ray tests used MPEG-2 encoding, which is less efficient than MPEG-4.