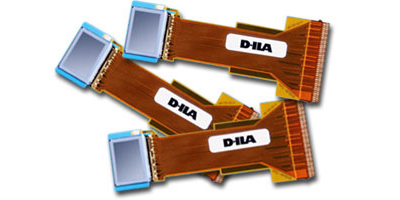 Most people grew up watching a cathode ray tube (CRT) television. These televisions, while bulky and heavy, had a great picture as long as they got a clear signal. CRT sets are still what a lot of people think of when they think of TVs.

But if you've shopped around for a TV recently, you've seen that now there are a lot more options. CRT still works well for screen sizes up to 40 inches. But if you want a larger screen, a flat panel TV, widescreen model or HDTV compatibility, you'll have to choose from several types of sets, including liquid crystal display (LCD), digital light processing (DLP) and liquid crystal over silicon (LCoS).

LCoS isn't particularly new technology, but it wasn't readily available until recently. In this article, we'll look at the technology behind LCoS, how it provides a clear picture and how manufacturers have addressed issues with black levels and contrast. 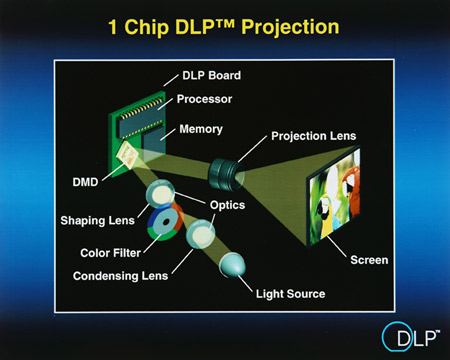 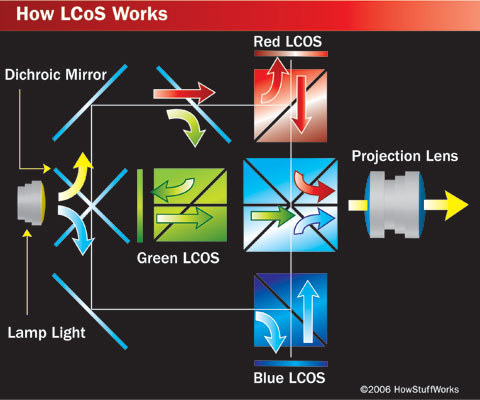 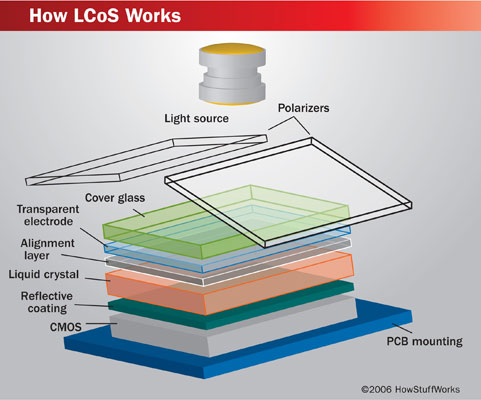 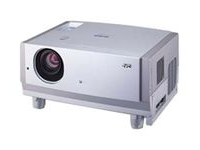 The physical properties of the LCoS microdevice, like the absence of a color wheel and the high fill factor, generally provide a high-quality picture with a minimum of artifacts. LCoS pixels are also smoother than the pixels of other systems, which some people say creates more natural pictures. The rainbow and screen door effects common to DLP televisions don't exist for LCoS. Unlike LCD systems, they're not prone to screen burn-in.

However, most LCoS systems don't have a very good black level, or ability to produce the color black. Televisions with poor black level generally can't produce as much contrast or detail as those with good black level. Since LCoS televisions and projectors use three microdevices instead of one, they also tend to be heavy and bulky. Most require periodic lamp replacement, which can cost several hundred dollars.

In addition, LCoS systems aren't as common as other display types. The reason for this is that LCoS microdevices are difficult to manufacture, and each set needs three of them. Several companies, including Intel, have tried to produce LCoS systems and have abandoned their efforts after consistently low yields in manufacturing.

Check out the links on the next page for lots more information on liquid crystals, televisions and related topics.

Other Uses of LCoS

LCoS has other uses besides televisions and projectors. For example, some digital camera viewfinders use LCoS displays. Future applications for the technology include:

How Facebook TV Will Work
How the Dallas Cowboys Scoreboard Works
How many different speaker drivers are there?