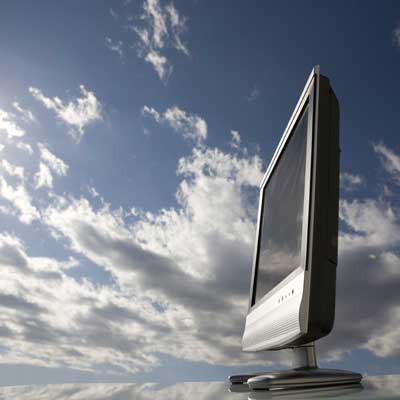 HDTV Image Gallery Although high definition is at the height of cool right now, there are even bigger advances on the horizon.  See more HDTV pictures.
ICHIRO/Digital Vision/Getty Images

But before we move on, let's clarify: Digital TV (DTV) and HDTV don't have the same meanings, even though they're sometimes used interchangeably in casual conversation. DTV refers to the manner in which something is broadcast; HDTV refers to the format it's broadcast in. DTV can also be broadcast through digital signals in other formats, such as standard definition (SDTV). The differences of these formats will be discussed later in this article. For a more detailed look at television, read How Television Works.

Bringing HDTV to the level of an internationally recognized standard format, from its humble origins a couple of decades back, is still going on. Because the process of developing and marketing new technologies is so lengthy, engineers have already started the task of developing the technology that'll proceed HDTV. This is where ultra-high definition TV comes in.

Ultra-high definition TV is still largely in the prototype stages. It was pioneered by engineers at the NHK Science and Technical Research Laboratories (Nippon Hoso Kyokai, also known as the Japan Broadcasting Corporation). If you hear about super hi-vision (SHV), you're probably hearing a reference to this same technology, as well as if someone says ultra-high definition video or UHDV. There are many different versions of these terms, either hyphenated, combined and/or capitalized in varying ways. To avoid confusion, in this article we'll simply use the term ultra-high definition TV or UHDTV.

UHDTV's goal is to create a vivid, television-watching experience, where the lines of realism and television are blurred. According to manufacturers, people will watch ultra-high definition TV and feel like they're in the middle of a scene.

Now that we've cleared through the mess of monikers and acronyms surrounding TV technology, let's jump into the differences between the various levels of definition, and find out what's so advanced about the UHDTV format.