You're out to dinner with some old college friends. Appetizers are ordered, drinks are served and everyone's having a good time. You're about to launch into a hysterical anecdote about your toddler's bout of diarrhea on an airplane when your pal Becky gets a text.

OK, your story can wait while Becky replies. It'll just take a second. But now Sarah has pulled out her phone and is replying to a friend's tweet. Um, awesome airplane story involving explosive bowel movements waiting to be told ... Too late, Marcy's phone whistles for her attention. Maybe it's a friend's Instagram photo of a pygmy goat or a work email or a calendar update to order more cat food. Whatever it is, it's apparently more important than your unforgettable poop story!

It's official, we have become slaves to our smartphones. The constant stream of buzzes, whistles and alerts from our devices steals our attention away from the here and now of real life. Every face-to-face interaction must be shared with the third "person" in the room — our needy and demanding smartphone.

Smart rings may offer a solution. (Yes, we're trying to solve a too-much-technology problem with more technology.) Instead of clutching your phone at all times, or constantly peeking into your purse to check on the latest "ding," you can wear a tasteful piece of jewelry on your finger that gives you a subtle nudge when (and only when) you receive an important message.

By wearing a smart ring, you can untether from your phone, or at least separate yourself from the lure of the screen. The phone can stay in your purse while you mingle at a party. The ring can be programmed to let you know when the babysitter texts or an important work email needs to be answered. Otherwise, everything else can wait while you enjoy some rare face time with friends.

Like smart watches and smart bracelets, smart rings are riding the cultural obsession with wearable technology. Some smart rings are designed to deliver custom notifications from your smartphone. Other smart rings aspire to become remote controls for every smart device in your life: TVs, cameras and thermostats.

Are smart rings really the next big thing, or just the latest case of overhyped, underwhelming "vaporware?"

What's Inside a Smart Ring?

Since very few smart rings are actually being sold, it's hard to know exactly what's inside these finger-mounted devices, but we do have some clues.

The backbone of every smart ring is Bluetooth technology. Bluetooth is a close-range wireless technology that allows any two Bluetooth-enabled devices to communicate with each other as far away as 328 feet (100 meters) [source: Bluetooth]. You've probably seen hands-free Bluetooth headsets that let you make cell phone calls without actually holding the phone. Like those headsets, smart rings contain a Bluetooth chip, which is really a small radio that can transmit and receive signals from nearby devices.

Bluetooth is considered a low-power technology, but it still needs juice, so smart rings must contain some type of battery that can be recharged using a docking station or a wireless recharging pad.

In a futuristic twist, some smart rings use finger-pointing gestures to control Bluetooth-enabled devices. Point at the TV and draw a power button in the air to turn it on. Swipe your finger to the right to advance to the next slide in a PowerPoint presentation. For gesture-based devices, the smart ring must not only contain a Bluetooth chip, but also some kind of motion-sensing engine. The motion-sensing hardware and software detects the real-time position of the ring and sends that data via Bluetooth to the target device.

What you won't find on most smart rings is a screen. Yes, there are a few prototypes with a fingernail-sized display, but the whole point of a smart ring is not to stare at it like your phone. Without a screen, though, smart rings rely on smartphones as the chief way to program and interact with them.

That's why all smart rings comes with an associated smartphone app. The in-phone app is how you can customize the smart ring's settings and configure it to update you with notifications from other apps such as Twitter, Instagram, email and calendars.

Vaporware is a high-tech product or service that is widely hyped as the "next big thing," but is never released or officially canceled. Some smart rings have the whiff of vaporware.

One of the few smart rings that has moved beyond the prototype stage is Ringly, a fashionable gem of a device whose sole purpose is to deliver notifications from a paired smartphone. A woman wearing Ringly — the initial gemstone designs are marketed to women — can leave her phone in her purse and still feel connected to her most important contacts and social network feeds.

Using the Ringly app, users can match one vibration pattern to text messages, for example, and another to incoming phone calls. Since not all calls are equally important, the user can further customize Ringly to blink red when the text is from her boyfriend or green when the phone call is from work.

The MOTA DOI SmartRing is a sleek device initially offered in bling-free white or black. Like Ringly, the SmartRing pairs with a smartphone and vibrates when the user receives messages or updates from his or her social media feeds.

Where the SmartRing differs from Ringly — and almost all other smart rings — is that it actually has a tiny touchscreen display. Along with a vibration, the ring displays an icon identifying the source of the notification. It can even display a short message, stock-ticker style, like a tweet or a calendar alert. Swipe right or left to toggle through your notifications. Its website says the product will also be available later in 2015.

Key to using both Ringly and the SmartRing is the intuitiveness of the devices' apps. The SmartRing's app isn't yet available, as of June 2015. But the Ringly app, free on iTunes and Google Play, is getting solid reviews. Under the "notifications" tab, you can assign different vibrations and colors to a long list of smartphone apps and functions: text messages, phone calls, Twitter, Facebook, Instagram, even Uber, the car service.

Here's where things get a little weird. Using a smart ring as a hands-free notification system that pairs with your smartphone seems reasonable enough, but do we really need to remotely control every device in our lives with our pointer finger?

The Japanese company Logbar seems to think so. In 2015, it started selling the Ring ZERO, a device that allows its user to control any number of Bluetooth-enabled devices with a series of finger-based gestures. To turn on the lights, you point at the ceiling and draw a light bulb in the air. When you take a picture with your phone, you can flick your finger upward to upload it to Facebook. Draw a bird in the air to send a Tweet or a music note to play a song.

While some people might think it's fun to play charades with their iPhone, the Ring ZERO is more of a parlor trick — or the awkward first draft of a future technology — than a truly useful device. Is it really any easier to draw a picture of a camera in the air than to click the camera icon on your phone? Plus, most smart rings are big and clunky, probably because of all of the motion detection hardware stuffed inside. And you usually have to take them off when you wash your hands [source: Campbell-Dollaghan].

If you have a hard time remembering all of the gestures required by Ring ZERO, good luck with Fin, a smart ring worn on your thumb. This device — no release date has been announced, and may never be — works by tapping the thumb against your other fingers. To skip to the next song on your iPod, drag your thumb across your other digits. To lower the volume on the TV, drag your thumb slowly down your pointer finger. To use Fin as a gaming controller, point your fingers at the screen and cock your thumb to shoot!

One smart ring remote control that actually exists is the NFC Ring. NFC stands for near-field communication, a radio protocol similar to radio-frequency identification (RFID) tags [source: Donovan]. The NFC Ring can communicate with any other device containing an NFC chip. For example, you can unlock your smartphone or tablet simply by sliding the ring along the back of the device. You can also unlock an NFC-enabled door with a tap of the ring.

If you're excited about the future of smart rings, we have lots more information about wearable technology on the next page.

We are living in the golden age of vaporware. Thanks to crowdfunding websites like Kickstarter and Indiegogo, aspiring entrepreneurs can raise staggering amounts of cash with nothing more than a great promo video featuring slick digital renderings of a product that doesn't yet exist. Unlike a venture capitalist, who conducts market research before investing, and expects to see prototypes and works in progress from the company, the typical Kickstarter investor just wants first dibs on a groovy gadget that may never really be a viable product. Researching this article, I found tons of breathless blog posts about smart rings, but few contained any hard facts beyond the companies' own press releases. A visit to the Fin Facebook page shows months between posts and several anxious fans asking for updates and possible release dates, with no replies. I'm all for the democratization of startup funding, but with it comes the risk of more fizzled gadget fantasies. 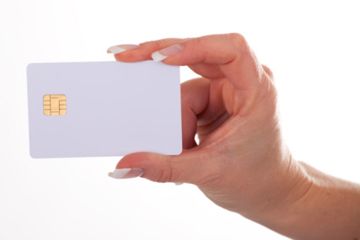 Up Next
How Near Field Communication Works
Explore More 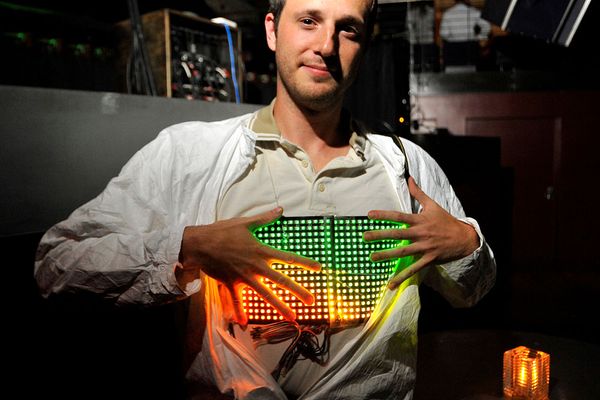 You May Like
How Wearable Technology Works
Explore More 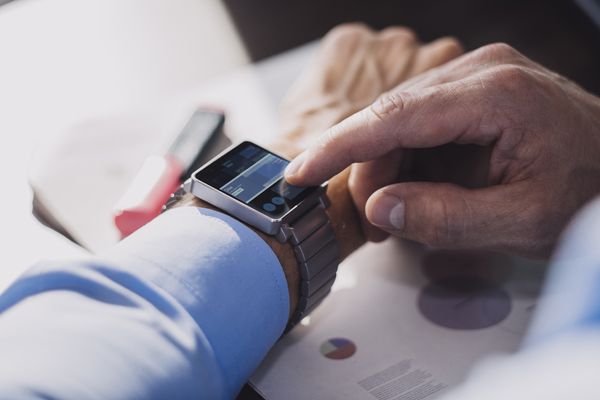 Keep Reading
Should people who use wearables be paid for their data?
Explore More