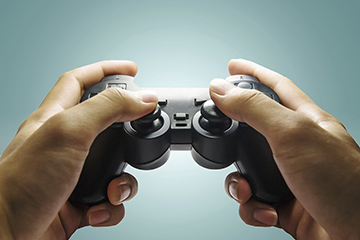 With 67 percent of American households playing them, video games are no longer the exclusive domain of 15-year-old boys who spend Friday nights in damp basements [source: ESRB]. (And really, were they ever? I know many a mom who was a secret and diligent "Tetris" player.) While annoyed parents swapped stories of video games' various sins — how they depicted violence, how they discouraged attention spans and, recycling the old TV-age warning, how they "turned your brain to mush" — video games hadn't been seriously studied for some of their more positive applications until the 21st century. As more research comes in, there's more and more compelling evidence that video games aren't just a time suck for kids who don't want to finish homework.

Let's start off with the question at hand: Do video games really improve hand-eye coordination? Lucky for us, there's a study that tested just that. In 2014, University of Toronto researchers conducted two experiments on gamers (who had regularly played first-person shooter games for the previous six months) versus nongamers (who had played few or no games in the previous two years). One experiment had them use a computer mouse to keep an object at the center of a complicated (and repeating) moving target. They found that everyone did pretty terrible at the beginning, but the gamers eventually became significantly better at the repetitive movement. This implies that gamers aren't provided an "initial advantage" when it comes to learning new hand-eye coordination tasks, but that they eventually pick it up more easily [source: University of Toronto].

They also tested to see that the gamers were actually learning the new task and not just naturally better at hand-eye tasks. In the second test, instead of the repetitive movements, the object on the screen tracked randomly — and this time, nobody did well or got better, which showed that the gamers really were improving through learning [source: University of Toronto].

Another 2014 study produced a rather surprising finding. Adolescents who played more video games had increased cortical thickness in a couple of parts of the brain — indicating greater density and more brain cell connections. One of those parts was the left dorsolateral prefrontal cortex, which helps us make complex decisions and stores some memory function. The other part that showed thickness? The left frontal eye fields, which — aha! — helps us process stimuli and includes hand-eye coordination skills [source: DiSalvo]. The thicker brain areas do imply that video games can improve cognition and hand-eye coordination [source: Kühn et al.].

But let's get down to business. Does gaming help in the real world? A 2007 study showed that video game playing did improve surgeons' laparoscopic surgery skills [source: Rosser Impact]. In addition, a 2013 study showed that surgeons who "trained" with a video game warmup before surgery were faster and made fewer mistakes [source: Rosser Warm-Up].

So the next time your mom and dad try to argue that your brain is turning into a sponge from "Call of Duty," point them to the research: You actually could be well on your way to becoming a surgeon.

How Sphero Works
10 Reuses for Old Video Game Controllers
Is there an archive for out-of-print video games?