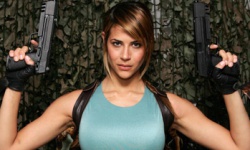 Since the early days of video games, young gamers have whispered secrets on the schoolyard and spent long hours trying to make the most outrageous gaming myths come true. Some kids heard their best friend's cousin found Mew under a truck in "Pokemon"; others were utterly convinced there was a secret way to find the Triforce in "The Legend of Zelda: Ocarina of Time." Before gamers banded together on the Internet and used their collective knowledge -- and the ability to hack into games and parse their code -- to rule out the impossible, any schoolyard whisper could turn out to be the truth.

The video game world is so insular that you'd have to be a dedicated gamer to even hear certain rumors and myths -- the one surrounding a code that revives Aeris in the game "Final Fantasy 7" is a good example. Other rumors are more scandalous, like the one about a cheat code that allows players of "Tomb Raider" to defrock Lara Croft. But gaming myths extend beyond secret characters and gamer gossip. There are myths about gaming, too -- like the idea that gaming directly causes violence or that only boys play video games.

Because these ideas are funny, intriguing or just plain misguided -- and because we like debunking myths -- we now present 10 of the most common myths about video games.