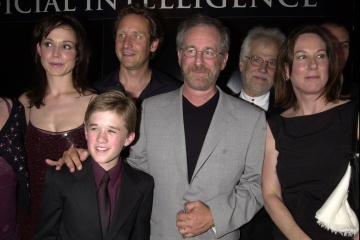 A.I.'s ARG marketing campaign was one of the first of its kind.
KMazur/WireImage/Getty Images

Most definitions of the word "game" refer to it as an activity played according to a set of rules. Alternate reality gaming (ARG) however, defies this common assumption and adheres to no particular rule book. How then can we define ARG? What is it and how do you play it?

ARGs have several features that make them distinct from other games. Central to ARGs is the concept known as "this is not a game" or TINAG. TINAG is fairly self-explanatory — the idea is simply that those involved in the game pretend that it isn't one.

The game that isn't a game begins with something known as a "rabbit hole." This is, of course, a reference to "Alice in Wonderland," in which Alice begins her adventures when she enters the aforementioned rabbit hole. Often there are multiple rabbit holes. In the case of the ARG mentioned in the introduction, the "AI: Artificial Intelligence" credit referring to Jeanine Salla was one rabbit hole, and the letters on the back of the promotional posters were another. A rabbit hole is simply an element placed in the real world, which draws the player into the fictive world of the ARG. Other rabbit holes can take the form of an email or a posting of some kind that lures players into the game.

The internet is another feature that makes ARGs distinct from similar types of immersive play, some of which can be considered precursors to ARGs (we'll talk about those on the next page). Often, a rabbit hole leads players to websites carefully designed to disguise the fact that their content is entirely fictional. These websites will introduce characters (like Jeanine Salla), mysteries (such as "who killed Evan Chan?") and puzzles of various kinds. A well-structured ARG adheres so closely to the immersive "this is not a game" concept that players might not realize at first that they're playing a game. However, common ARG etiquette calls for seeding the game with clues that reveal its fictional nature.

While the internet is central to ARGs, the games are also characterized by their multi-platform nature. Take our working example in which the first clues appeared in a movie and on posters, which in turn led to websites. These websites might then direct players to payphones where they could receive calls that give them further clues. In other words, although an ARG makes intensive use of the internet, it can take advantage of any form of communication available.

Those behind an ARG are known as the "Puppetmasters" because they control the puppets, or characters, in the game. Large, successful ARGs typically have a team of Puppetmasters hard at work creating and disseminating clues, often as part of a marketing device for products like "AI: Artificial Intelligence." The Puppetmasters typically monitor the ARG players as the game progresses. This allows them (the Puppetmasters) to alter the game's content in real time, enhancing certain aspects, editing out others and generally interacting with the game as it's played. This interactive feature of ARGs is one of the activity's most distinctive and original features [source: Szulborski].