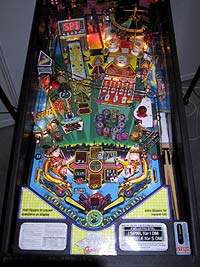 A pinball takes many twists and turns on its way to the drain.
Photo courtesy Martin Wiest

­When you first approach a modern pinball machine, you are met with an intricate weaving of electronic and mechanical parts, all designed to create a game in which you are challenged to score points without losing the ball or tilting the game.

The main components of the game are the flippers­ and the pinball. The flippers are usually located at the bottom of the playfield, directly above the drain. One purpose of the flippers is to keep the pinball out of the drain. The other purpose is to propel the ball up the table toward the bumpers and ramps in order to score points -- occasionally, extra flippers are placed farther up on the table for this purpose. The flippers are controlled with two buttons, one on either side of the machine, about an inch below the table's top glass. The left button controls any and all flippers on the left side of the table, and the right button controls the ones on the right side.

­A pinball is a 1 1/16 inch diameter (about 3 cm) steel sphere that weighs 2.8 ounces (80 g). On a normal (unwaxed) table, the ball can reach speeds of up to 90 miles per hour (145 kph). With this traditional steel pinball, the ball's magnetic properties sometimes come into play, as some machines use magnets to trap the ball in certain places on the playfield. In a few machines, a ceramic pinball called a powerball is used. This ball weighs only 2.28 ounces (65 g), so it moves faster around the table and is immune to the magnets used on some games.

The pinball flies around the table, hitting bumpers and targets to score points -- at least that's what you want to happen. Otherwise, the ball falls down the drain and you move on to your next ball. You only get three. When your third ball goes down the drain, your game is over, unless you've played well enough to score a replay, or been lucky enough to get a match. We'll learn about these special circumstances later. First, let's look at how the pinball machine is put together. 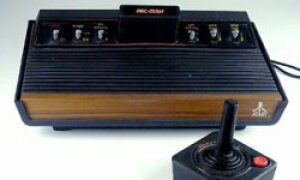 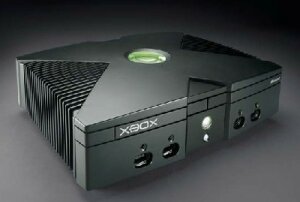 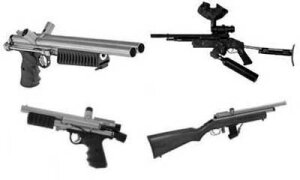