by Shel Brannan
NEXT PAGE 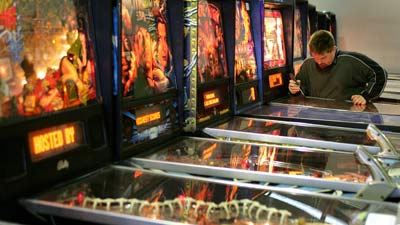 ­Since the first true pinball game, Humpty Dumpty, was released by Gottlieb in 1947, people the world over have had an obsession with making a little silver ball jump all over a table, hitting targets and flying up ramps along the way. In the past half-decade, countless technologies have been added to pinball tables to attract players, yet the goals of the game remain the same: score points and keep the pinball from going down the drain.

In this article, we'll look at how pinball machines work and find out what the future holds for the game.­