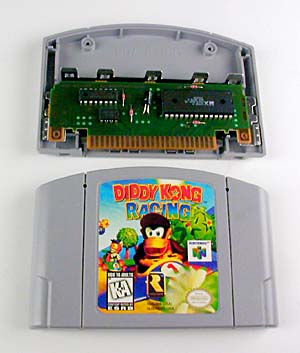 Cartridges are unique to Nintendo 64. They offer fast load but small capacity. They are more durable than CDs.

The N64 is the only current system that uses cartridges. There are advantages and disadvantages to this approach:

Although the N64 had only a few games available when it first came out, the number of titles has grown to a considerable library. Used games can be found for less than $15. Many of the new games can cost between $50 and $75.