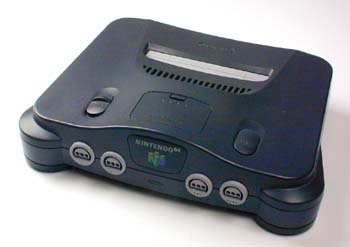 Competition from 32-bit systems prompted Nintendo to develop the 64-bit system that became known as Nintendo 64.

Just as Atari ushered in the dawn of the home video game, Nintendo is largely considered to be the company that revolutionized the industry with the introduction of the Nintendo Entertainment System (NES) in 1985. An 8-bit system based on the 6502 processor and some custom chips, the NES came together with Super Mario Brothers; this inclusion of an accurate home version of one of the most popular arcade games at the time turned out to be pure genius. Sales of the NES were phenomenal. This established Nintendo as the dominant home video game manufacturer until the late '90s, when it was eclipsed by the rival Sony PlayStation.

In 1989, Nintendo introduced a new 16-bit system dubbed the Super Nintendo Entertainment System (SNES). Within a couple of years, rivals had introduced 32-bit systems that eclipsed the capabilities of the SNES. So, Nintendo announced an agreement with Silicon Graphics Inc. (SGI) to develop a new 64-bit video game system, code-named Project Reality. Although SGI had never designed video game hardware before, the company was regarded as one of the leaders in computer graphics technology.

After several years of development, the system was finally released in 1996 as the Nintendo 64. But the delays and shortage of games during the first year of availability gave the advantage to Sony, who had released the PlayStation over a year earlier. Nintendo is facing the same situation again with the Sony PlayStation 2 debuting in 2000, while Nintendo's Gamecube is not due until Fall 2001.