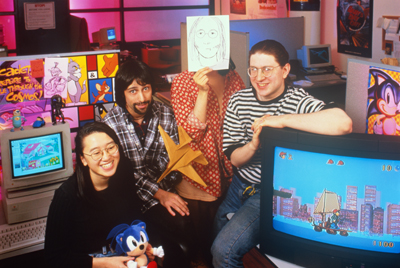 After designing the game's concept, as well as the characters and environments, the video game maker is ready for the computer work that will make it reality.

There are many programs for making video games and software packages available to the novice and experienced game maker that allows them to bring their creations to life without heavy use of coding. These software packages instead perform many functions automatically, using common computer interface actions such as "drag and drop," highlighting and double clicking.

Some popular video game software for 3-D includes DarkBASIC and DarkBASIC Pro. The pro version is for more advanced game makers, while the other caters to hobbyists. Both, however, have a strong community of users who can serve as mentors.

Another software program, Game Maker, allows you to create a 3-D game. The software also can help users learn higher coding functions by showing the code that is created by simple drag and drop-type operations. This can start a user on the path to further customization and flexibility.

Game Editor is a 2-D game design software with a reputation for being extremely user-friendly. The program, though not particularly advanced, is intuitive, making it easy for a novice game designer to use it. You can create games for personal computers or mobile phones using this program.

Most of these programs don't require writing codes. And, many video-game software programs are available for free on the Web. The programs offer simple, intuitive steps to creating video games without using a source code. If you have an idea, some organization and basic computer skills, you'll have no trouble using this software.

There are different levels of sophistication used in the software, however. Some are designed to create the high-end, 3-D games typically played on game consoles. Others are simpler, 2-D software while still others focus on role-playing games, fighting games, adventure games and more.

Because of their ease of use and relative power and customization potential, video game software has opened up the world of video game development to a mass audience.

Some video game software programs include:

However, in most cases designing more sophisticated games requires writing code. How do you use code to make a video game? Check out the next page to find out.