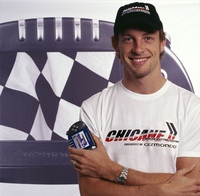 A great gaming device is nothing without excellent games. So far, the options for Gizmondo have been slim. All the initial launch games were published in-house by Gizmondo. An unspecified "major title" by a United States game publisher is planned for the North American launch.

FIFA Soccer 2005 is highly anticipated, as well as Chicane Racing, a street racing game promoted by British racing star Jenson Button. Fans of RPGs will want to watch for Hit and Myth, while Future Tactics will satisfy strategy gamers. The classic side-scrolling sci-fi game Guardian has been revamped for Gizmondo as well.

Most of the hype surrounding Gizmondo is about Colors, the first game to use the GPS function. In Colors, players are members of a street gang fighting other gangs for control of turf. The GPS pays attention to the player's real world location, so when he or she wins control of turf in the game, their gang color takes control of that area in the real world. Players can move into other gangs' areas and start gang wars to win control of more turf. Colors will likely be a controversial game, with its violent content and gritty urban setting.

Next, we'll take a look at the Gizmondo facts and figures.

Tiger Telematics plans to release a widescreen version of the Gizmondo in mid-2006. This version will have a 4-inch wide screen, plus additional features and upgrades like WiFi and a TV-out port.

Although critics caution that US buyers may just wait for this version instead of buying the current one when it releases in October, Tiger promises that upgrades will be available [ref].