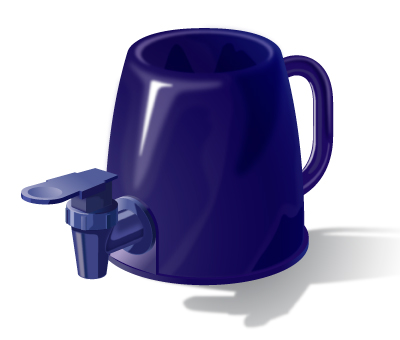 Depending on where you live you might call it soda, soda pop, pop, Coke or tonic. But no matter what it's called, we all fight the same fight: us versus flat soda.

In the late 1700s, English chemist Joseph Priestley invented soda water; in 1892, William Painter figured out how to keep the beverage fizzy until the consumer popped the bottle top; and today, the world is still hooked on carbonated soda. Soda is sold around the world in cans and plastic or glass bottles. The first lightweight, recyclable, plastic two-liter bottle was introduced by Pepsi in 1970 and remains one of the more popular sized packages today. Each year, soda companies make more than 52 gallons (196 liters) of carbonated beverages per person. Yes, that's 52 gallons of soda for you to drink just in a year. Sound hard to pull off? It's not; in 1998, Americans drank more than 56 gallons (211 liters) of soda per person. Fifty-two gallons is equal to drinking one and a half cans -- 18 ounces (0.5 liters) -- a day [sources: Centers for Science in the Public Interest and Yale University Rudd Center for Food Policy and Obesity.] Companies spend an estimated $700 million advertising soft drinks annually, plus millions more on other promotions such as deals with celebrities, contracts to sell in schools and price discounts [source: Center for Science in the Public Interest].

That's a super-sized industry for something essentially made of water, syrup and dissolved carbon-dioxide gas, which is what makes soda bubbly. Basically when soda is bottled, it's pressurized from the gas. When you open a bottle (or can) of soda you release the pressure that's been keeping the gas in its dissolved state. The dissolved carbon-dioxide gas at the top of the bottle is released -- you hear a hissing noise as the mixture depressurizes -- and you pour yourself a fizzy drink. Once you've depressurized your soda, it's only a matter of time before your remaining soda goes flat. 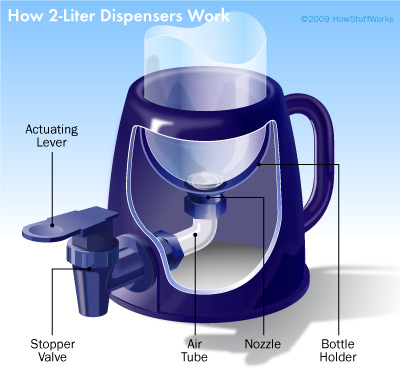 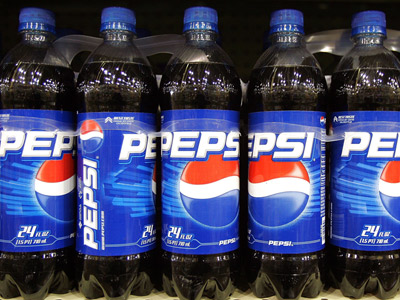 Pepsi introduced larger versions of plastic bottles like these back in 1970. Today we finally have a way to keep them fresh.
Tim Boyle/Getty Images

How to use a two-liter dispenser depends on which style you choose, mounted or siphon, but both are intended to be easy to use and easy to clean.

The bottled soda dispenser is designed so you no longer need to lift a soda bottle, and you'll only need one hand to pour yourself a drink. Although the bottle rests upside down in a stand for dispensing, fresh soda bottles are attached to the apparatus right side up for minimal spilling. In some models, placing a bottle in the dispenser is as simple as pressing a button to open the bottle holder, unscrewing the cap from the soda bottle and screwing the bottle's mouth into the dispenser's nozzle, and snapping the bottle holder back into a locked, upright position. Dispensing drinks is equally easy: Press a glass against the lever (or in some models, press down on the spigot) to start the soda flowing. Pull the glass away to stop.

Pressurized beverage dispensers come with a simple set of instructions. Replace the cap of a two-liter bottle with the actuator and lightly agitate the liquid to help fill the tube. That's it. With a push of a button on the head of the actuator, you're dispensing soda.

Cleanup is easy for both types. Two-liter dispensers can be rinsed -- and many have parts that are dishwasher safe -- to remove any sticky residue or to clean between different types of soda.

Why don't we wear wristwatches anymore?
Can a T-shirt turn sound into electricity?
How Immersion Thermal Circulators Work