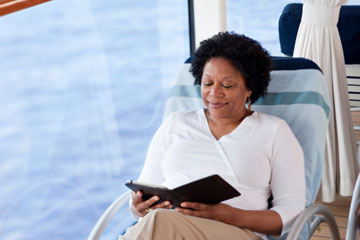 It's strange to think that there was a time, back in the dark ages of the late 2000s, when personal electronics consumers' choices were really primitive. If you wanted to send e-mails, surf the Web or watch videos from anywhere, you needed a laptop computer or a smartphone. On the other hand, if downloading and reading e-books was your thing, you'd have to purchase a handheld e-reader, like the Sony Reader, introduced in 2006, or the Amazon Kindle, introduced in 2007 [source: McCarthy, Svensson]. If you were a Renaissance person who yearned to do all of those things at once, well, you had to shell out the bucks to buy at least two different devices.

But these days, blessedly, all those distinctions are blurring. In 2009, Amazon introduced a Kindle reader for the iPhone. And then, in 2010, Apple introduced the iPad, a revolutionary tablet computer that came with the same easy-to-use operating system as the popular iPhone. The iPad enabled users to surf the Web, watch videos, listen to music and run a dizzying array of apps that could do almost anything a bigger PC could do. Not only that, the iPad's high-resolution touchscreen, as big as an old-fashioned paperback, was bright and sharp enough to make reading books and magazines on it a pleasure [source: Pogue]. Suddenly, with an iPad -- or a tablet from competing manufacturers, like the Samsung Galaxy Tab, featuring Google's Android operating system -- you only needed one device. It appeared those clunky e-readers with their dim monochrome screens and keypads were doomed.

But that doom didn't last long. In 2011, online publishing and book-selling giant Amazon introduced the Kindle Fire, an e-reader with a touchscreen capable of vivid colors and high resolution, the computing power to perform many of a tablet PC's functions, and a similarly long battery life [source: Amazon.com]. At $199, the device was significantly more affordable than the iPad, which starts at $499, and its ilk. Amazon rival Barnes & Noble quickly followed with its own similarly versatile, comparatively priced e-reader, the Nook Tablet [source: Barnes & Noble].

But now, even though you may only need one device, the question remains: Which should you buy -- a tablet or an e-reader? Though the distinctions have blurred, and you can pretty much access the same content on both, some key differences remain. How should you make the best choice for your particular needs? Let's take a look at each of the devices' core features.

The Tablet Versus the E-reader

These day, tablets and e-readers are looking more and more alike. In fact, to a novice, it may be difficult to tell them apart (aside from the big difference in price tags). But they have some important differences, some of which may affect which device turns out to be best for you:

Now that you know a little bit about these devices' features, let's dig into how you can make the best decision for your needs. 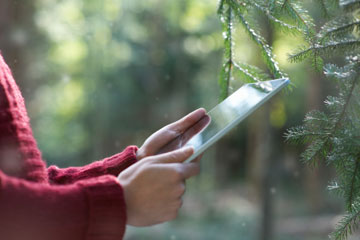