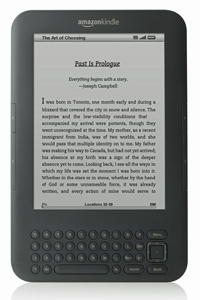 Lighter than many paperbacks, the Amazon Kindle can hold a small library of books. See more pictures of essential gadgets.
Courtesy Amazon.com

In 2007, the Internet commerce company Amazon introduced a $399 electronic book (e-book) reader called the Kindle. The Kindle wasn't the first dedicated e-book reader device, but it didn't really have much competition -- there wasn't a huge demand in the market for e-book readers before the Kindle's launch.

Amazon has two distinct advantages over earlier e-book manufacturers. The first is that the company designed the Kindle to interface seamlessly with Amazon's online store. Amazon.com hosts more than a million titles in electronic format. Because the Kindle is wireless, you can access the store without connecting the device to a computer. You can buy a book or subscribe to an electronic version of a newspaper on Amazon and download it directly to the Kindle. The second advantage is that Amazon has a large customer base. Both of these factors give the Kindle a leg up on the competition.

Why would you want to use an e-book reader in the first place? One reason is that a single e-book reader can hold many titles. The $69 Kindle, Amazon's base model, can hold up to 1,400 titles (books, newspapers, magazines and blogs) in its memory [source: Amazon]. The newer models also offer WiFi connectivity. The original Kindle had a port that allowed users to save titles to a memory card, extending the device's capacity, which appealed to people who like the idea of having an electronic library that takes up very little physical space. The models available today do not have card slots, but available Kindle models come with 2 or 4 gigabytes of storage space, and Amazon also stores your entire library in the cloud, allowing you to delete and re-download titles at will to organize and save space.

The Kindle's memory capacity also makes it very convenient for travelers. With a Kindle, you don't have to worry about packing heavy books in your luggage to keep you occupied for your whole trip. A single Kindle can hold more than enough titles to tide you over. And if you decide you want something completely different midway through your travels (as long as you're traveling in the United States or a country in which Amazon offers service for its international Kindle), you can always use the Kindle to access Amazon's store and buy a new book.

The Kindle also has several functions that you may find helpful while reading. You can bookmark a page, highlight a selection of text or even type notes as you read. With these features, the Kindle has the potential to replace hardcopy textbooks in the future, something many students would probably welcome. While they would no longer be able to sell a used copy of a textbook at the end of a term, they wouldn't have to tote around a backpack filled with hefty books either.

Next, we'll take a closer look at the Kindle. 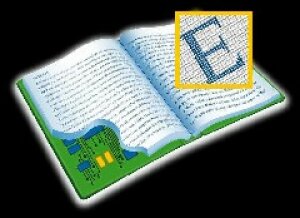 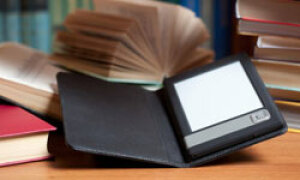 5 Tips for Choosing the Right E-reader 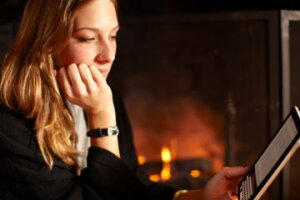