Browse the article What's the best way to play my iPod in the car? 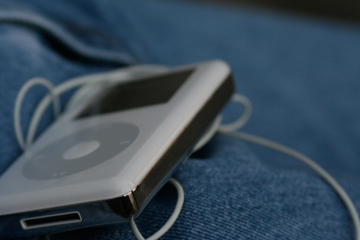 If you want to listen to your iPod in the car, what's the best way to listen to it through your car's speakers?
(Creative Commons/Flickr/Kolin Toney)

­There's no question about it, one of the biggest draws for MP3 players like the iPod is portability. The convenience of having your entire music library in one handheld device and being able to bring it with you -- on walks, on runs, on long plane rides and study sessions -- helps drive the ubiquitous MP3 player's popularity.

According to Apple, the company that makes the iPod, more than 90 percent of all new cars sold in the United States come with iPod connectivity, right there and ready to go. The specifics vary among car manufacturers, but it's usually in the simplest form -- a built-in cable with an iPod-specific connector, which allows the iPod to be controlled through the car's stereo. Apple helps with this design, to an extent; after all, car integration contributes to the idea that iPods, iPads and iPhones are ubiquitous, can't-live-without devices, so Apple wants to ensure anything that gets the brand's endorsement will work properly. But the specifics are left up to the car manufacturer and to the company that manufactures the actual stereo components. A lot of car manufacturers have even started designing the audio interface to be similar to the iPod's, making it easy to find songs and artists, specific playlists and other content, like audiobooks. The car's audio system screen might not look exactly like iTunes -- Apple wouldn't like that very much -- but it should be just as easy to use the menus and options to control your iPod. Some car manufacturers, such as Audi, even have controls that feel like the click wheel control on iPods that don't have a touch screen. Other carmakers, like Ford, have controls built into the steering wheel, so you can flip through songs without letting your hands stray from prime driving position. Built-in iPhone charging docks are another perk found in certain vehicles, and many cars have designated iPod holders in the armrest or glove box. At one time it was a little inconvenient to do that, back when iPods weren't truly integrated, because scrolling through your iPod to skip a song or select a new playlist meant you needed constant access to the iPod itself. But now, it's much easier to stash the iPod out of the way and go.

Bluetooth, a wireless integration technology, has been around for some time, but Bluetooth-ready iPods, smartphones, and car stereos are really gaining popularity -- and it's definitely a feature worth looking for if you're shopping around. If your car stereo and your phone are both equipped with Bluetooth, follow your car's owner's manual to pair the two wirelessly, and you're good to go. (This solution can drain your device's battery quickly, though, and if your car is Bluetooth-enabled, chances are it's also iPod-ready, so you might just want to plug the iPod in anyway.)

Of course, it's only that easy if you have a car that was built in the last few years. If you own an iPod, but your car isn't quite iPod-ready, and you're still wondering about the best way to play your favorite tunes through your car's speakers, there are several options. Some of them are a little outdated, and most of these are gradually being replaced by newer, more seamless technology, but they're still worth discussing. You have some choices to make, but they're based mostly on the age of your car, and somewhat on the age of your iPod. Having a new car and a new iPod is the best option, but if life just isn't that simple for you, keep reading. 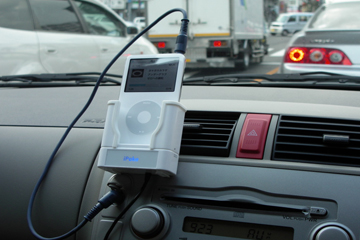