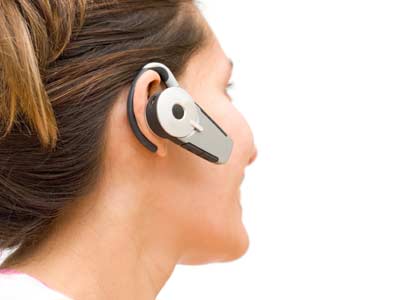 Car Gadgets Image Gallery If you hear the name Bluetooth, the first images that come to mind could be of half-concealed headsets. But a growing number of people imagine a whole lot more, including car stereos. See more pictures of car gadgets.
Michael Blackburn/© iStockphoto

Bluetooth is a growing technological trend that many people use to varying extents. Some simply clip a headset on their ear to talk on a cell phone without the need to hold the actual phone. Others maximize Bluetooth's capabilities and have fully synchronized networks in their homes, offices and vehicles. And still some don't know much about Bluetooth at all. Here are the basics.

Bluetooth devices communicate wirelessly with each other through short-range radio waves that have a maximum reach of about 10 meters generally, or 30 feet, although some more high-powered devices have longer ranges. Unlike devices that require a direct line of sight like remote controls, Bluetooth-enabled products just need to be in the same area in order to communicate with each other.

The interactions between devices form a small network, commonly called a piconet or a personal area network (PAN). These mini-networks, typically comprising no more than eight electronic gadgets, communicate in interesting ways -- all the while guided by the Bluetooth connection protocols and standards that unify the exchanges.

The machines, controlled by one master device, detect each others' presence and pass around pertinent data to coordinate and facilitate their activities at the same time they're continually jumping between radio frequencies along a certain band. With this constant hopping and the use of low power signals, Bluetooth gadgets not only cut down on interference from other devices sharing the frequency band, they also help ensure any brief crossovers won't be an issue.

A variety of electronics can be part of a Bluetooth piconet, from cell phones to personal computers and printers to cameras. The growing list also includes home phones, headsets, entertainment systems, GPS navigators, MP3 players and more. Bluetooth technology is touted as being an inexpensive automated system that brings convenience, flexibility and efficiency to electronic network communication -- and the daily lives of its users.

For more detailed information on how Bluetooth technology operates, read the article How Bluetooth Works. On the next page, however, we'll be reading about all the different ways a Bluetooth car stereo can enhance your driving experience. 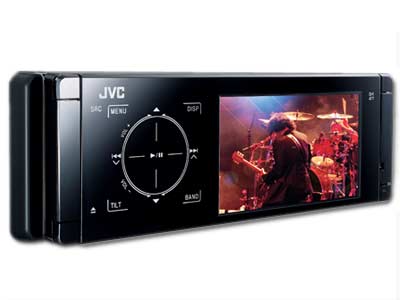 Now that we've got a handle on Bluetooth 101, let's see what it can do in a stereo. Bluetooth car stereos are commonly integrated with Bluetooth-enabled cell phones, and when the two devices are within range of each other, they can communicate in a number of interesting ways. Depending on the particular models in use, it may be possible to make and receive calls without even pulling out your phone or pushing a single button. You can even hear the calls through the vehicle's speakers. Other models may require a few button-pushes, but usually with more ease than plodding through cell phone menus. You may also be able to view other information such as the phonebook, incoming calls and call status on the stereo panel. When the phone rings, the speakers will automatically turn down the volume on any music or movies that are playing while you chat on the phone and resume when the call is over.

Some Bluetooth car stereos can store your phone's entire address book and other contact information; others have built-in phones which copy all the information off your phone's SIM card and take over the functions for calling. Your cell phone is disconnected from the piconet, not only saving its battery power but also providing a stronger connection.

These innovations come almost as much out of necessity as convenience -- at least for people who can't stand being in the car without making a quick phone call. Many places now enforce laws limiting the use of cell phones while driving, and Bluetooth car stereos are one way to bridge the middle ground.

Besides augmenting your ability to connect with the outside world through phone calls, Bluetooth car stereos can also enhance the environment inside a vehicle. Transmitters can be used to stream music from iPods, MP3 players and satellite radio straight into the stereo without creating a mess of tangled cords. Some car stereos can display video on full-color LCD displays, although this usually isn't an option when the car is moving. If you have some passengers in the back who could use a movie to settle down, lots of Bluetooth-enabled car stereos also come with the hookups needed to turn your vehicle into a mobile entertainment center. Connections for other devices like GPS navigators and USB flash drives are among other common fixtures.

If all this talk about Bluetooth car stereos has you hooked, on the next page, you can read about some of the considerations you'll want to make before you head down to the electronics store. 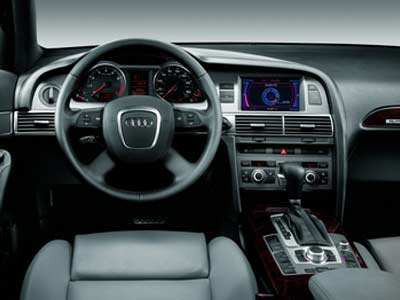