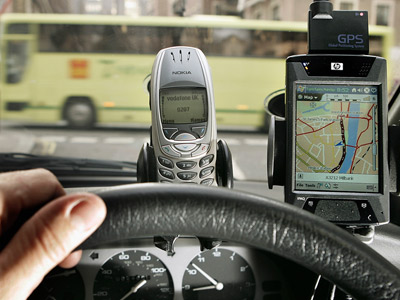 Maybe you've heard the stories. Accounts are stacking up of drivers performing illegal and dangerous actions only to blame the inevitable accident on their car GPS unit. The rural village of Wedmore, England, for example, has seen its share of truck drivers wedged between buildings because they blindly followed the route their GPS system planned out -- regardless of the fact that trucks are prohibited from the village because of their size. And in the United States, a man steered his car onto railroad tracks at the command of his GPS device to "turn right, now." Luckily, he was able to escape before an oncoming train slammed into his car.

GPS navigation systems are no longer strictly luxury accessories. Approximately 7 percent of 220 million cars in the United States have some type of GPS navigation system (factory installed or aftermarket, portable or built-in) and 13 percent of the 200 million cars on the roads in Europe use GPS devices [source: Automotive Business Review]. GPS has hit the mainstream.

­GPS, which stands for Global Positioning System, is made up of a group of satellites. These satellites communicate with your GPS navigation device to pinpoint your location, give or take 164 to 328 feet (50 to 100 meters) [source: Corvallis Microtechnology, Inc.]. Your position is then overlaid with digital mapping and navigation information stored within your GPS receiver. Once your device knows your location, it's able to plan driving directions for you, suggest a route around traffic congestion, find a nearby gas station, hotel or the local Starbucks. What it won't do is drive your car for you. As GPS devices go mainstream, there are a growing number of accounts about the devices routing users into lakes, onto train tracks or the wrong way down a one-way street. GPS devices have caused an estimated 300,000 car accidents in the United Kingdom [source: Carey].

Let's look more closely at the reasons why drivers with GPS devices are at an increased risk for accidents, whether it's because they're relying more on what their GPS device tells them and less on maps, or because they're ignoring common sense or their own eyes. 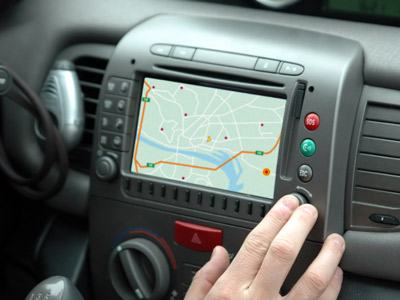 How Lifelogging Works
Hold on to Your Socks. They’ll Help You Watch Netflix
How GPS Photo Taggers Work